epicLAN have announced the dates and venues for their Grosvenor Championship season 3 with some changes that should settle some of the negatives reported in Season 2.

This season we will see epicLAN travel to four Grosvenor Casino locations, Cardiff, Manchester, Coventry and London for their qualifiers, were two teams will progress into the finals as well as walking away with £750 for first place and £250 for second place. Each event is locked to eight teams maximum and spaces in some venues are selling out fast.

This year’s finals will be hosted at a currently unannounced location, and see the winning team walk away with £4000 after a two day event. The removal of the third place playoff sees the second place prize pot sit at £2000 which makes it even more important for teams to make it to the grand finals. The total prizepool across the whole event comes to a healthy £10,000.

Last season the option to include a “wildcard” finalist didn’t sit too well with some teams, so this season it’s been scrapped. All eight finalists will need to earn their spot by making the grand finals of one of the four LAN qualifiers.

The dates of each event are:

The Grosvenor Casinos / epicLAN championship is well under way for a second season following London Esports’ victory in the inaugural season. The tournament features the best teams in the UK fighting for their share of the £10,000 prize pool.

epic26 is over, and we have our final standings. THE LDN SLAYERS have become the champions and head home with the £2700 top prize.

After a successful first season, epicLAN has announced that the Grosvenor Championship will return for a second season of its casino tour with another £10,000 series prize pool. With the announcement having occurred during January, it was Monday that the full swathe of dates were confirmed. 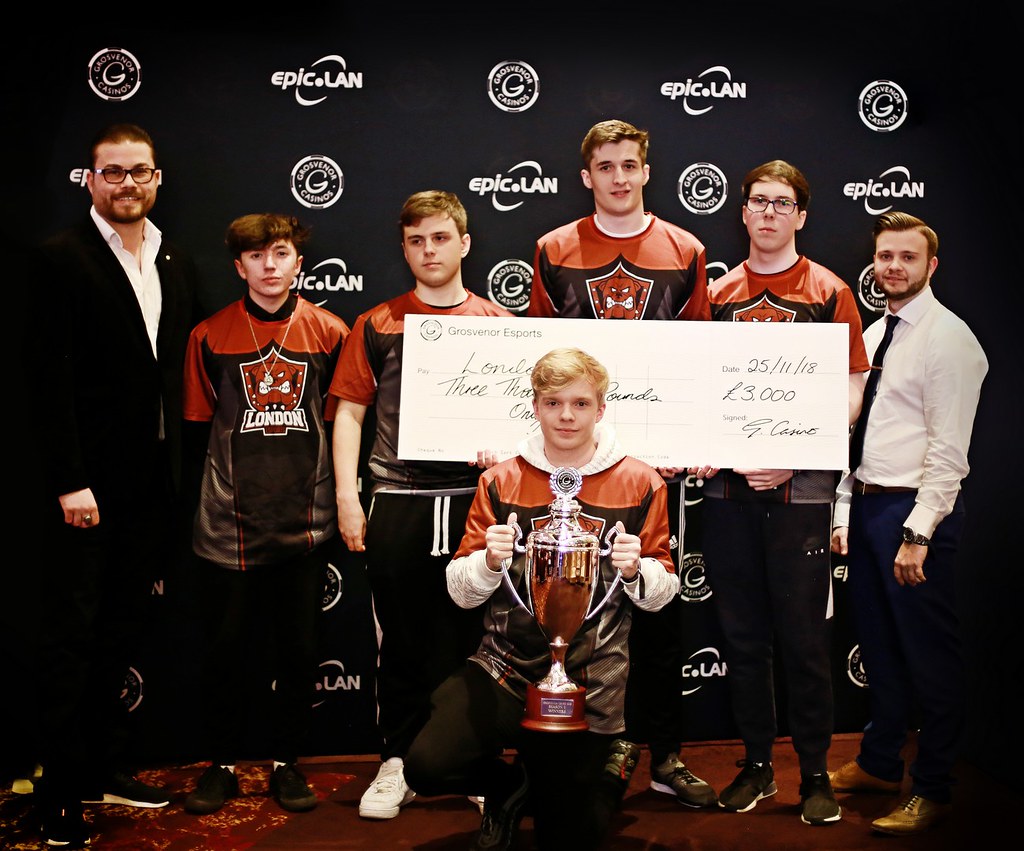 The format more or less has stayed the same. There will be five LAN qualifiers before the offline finals with each stop being in a “turn-up-and-play” format. Manchester, Reading and Newcastle return as LAN qualifiers, with season one locations Coventry and Glasgow replaced by Nottingham and Cardiff. Coventry remains in the series, however, as it returns to host the tournament finals. Venue changes aren’t the only differences for season two. Organisers epicLAN have listened to the feedback from the first season and instituted a number of changes, including splitting the grand final over two days, with all qualifying teams being provided hotel rooms, and more activities for competitors knocked out at events. Everyone who competes at a LAN qualifier will also receive free spectator entry to the finals. What hasn’t changed is that all competitors must be 18+.

Each LAN qualifier will be open to 16 teams and offer £900 in prizes, a total that is slightly down on the last season’s offering due to providing hotel accommodation for teams at the Coventry finals. The entry fee has also increased slightly, up to £12.50/player from £10/player. The full dates, with links to tickets and details, for the LAN qualifiers are as follows:

The winners of these tournaments will receive a place at the grand finals, held at the Grosvenor Casino, Coventry between May 4th-5th. This leaves three open slots, which will once again be split between two online qualifiers and a wildcard spot. To be in contention for either, your team is required to have competed in at least one LAN qualifier. More details on the online qualifier and wildcard picks will be revealed closer to the time.

Jon Winkle, Managing Director at epicLAN explains: “The aim of the first season was to encourage more grassroots esports participation from players by removing many of the barriers we often hear about when players move from the bedroom to live events. By taking tournaments closer to players, along with all the kit needed and a low entry price, we saw many new entrants in to live esports in Season 1 and I can’t wait to work with Grosvenor Casinos once again to grow the UK community.”

Barry Lyons, Head of Events Experience at Rank Group added: “We’re delighted to be working with epic.LAN once again to build on the success of our first season. With our commitment to responsible gambling and our well-regulated casinos, we are pleased to support community esports for adult players. We’ve spent a lot of time analysing the Season 1 feedback to make the next season an even better experience for the players and we’re looking forward to the journey which will culminate on 5 May.”

Season one saw London Esports lift the title in Coventry, taking the £3,000 first prize on that occasion. Their opponents, Team Endpoint, went home with £1,500 with the 3rd-4th place teams of CeX and 3era leaving with £250 each.

Grosvenor Casinos are also sponsoring the upcoming epic26 tournament this weekend, which can see the event hit a potential £6,000 prize pool.