It's been a long-time coming but Endpoint are back in Pro League and we here at UKCSGO are stoked about it.

Endpoint have fought their way into Pro League after impressing all with their newest member Markus “Kjaerbye” Kjaerbye. The last time Endpoint were in Pro League was season thirteen. At the time the roster consisted of Shahar “flameZ” Shushan, Joey “CRUC1AL” Steusel, Kia “Surreal” Man, Robin “robiin” Sjorgren and Max “MiGHTYMAX” Heath. Three seasons later they faced the opportunity to go again with ESL Conference 16 held at Dreamhack Summer in Jonkoping.

With a 9-12th finish at ESL Conference 15, Endpoint were on a mission to shoot the UK Organisation back to the pinnacle of professional CS:GO. The biggest story wasn’t the fact that the endpoint had made it back to conference however, it was the roster changes they had made along the way. With the benching of Mohammad “BOROS” Malhas on the 19th of May the biggest story was the introduction of ex-major winner and major MVP Kjaerbye. On the desk and in the green room the biggest question was which Kjaerbye would we be seeing here, having been out of the scene for over a year did he still have it? Was Kjaerbye still up to this level? Was he washed after stepping away for such a long time? 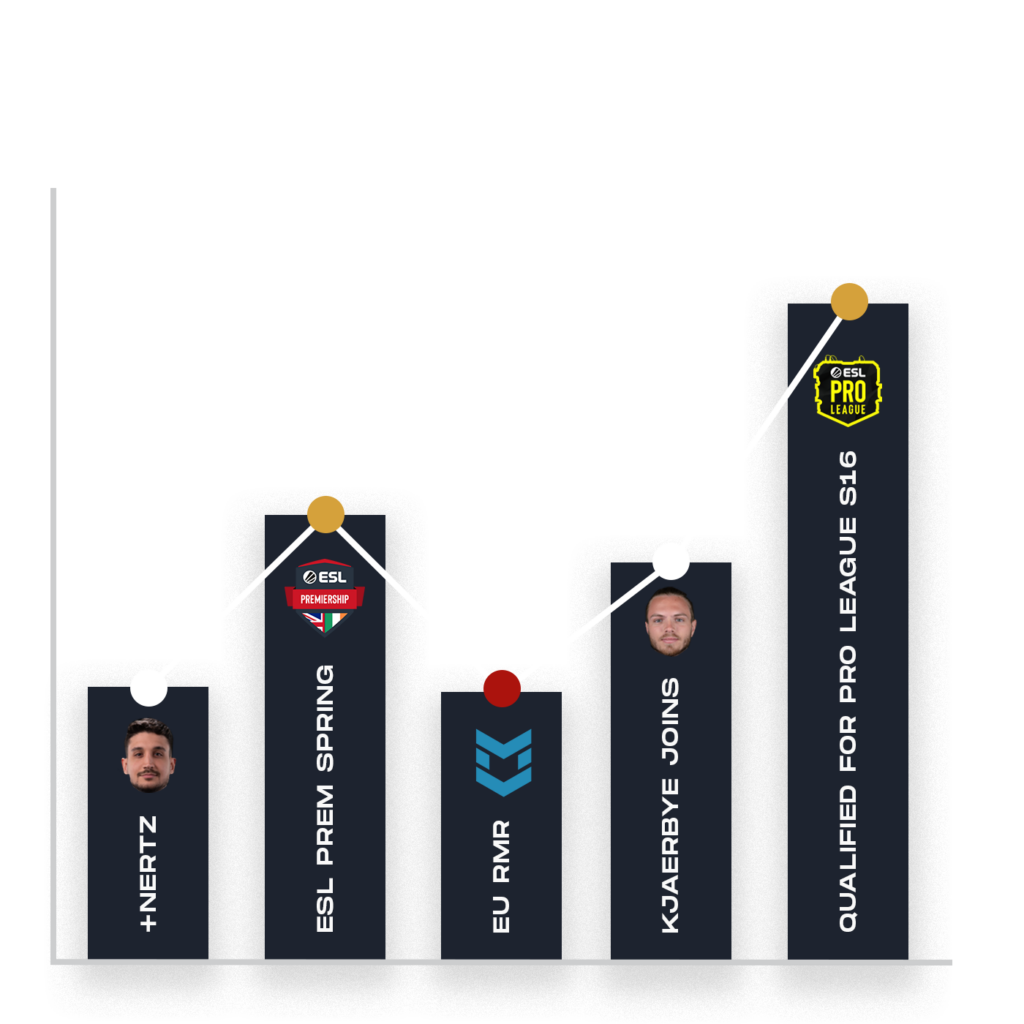 Endpoint have shown steady growth since the addition of Kjaerbye

Well the perfect trial by fire was their opening best of three against HEET, runners up in the French national championships losing to Falcons, and one of the heavy favourites at the tournament to guarantee themselves a spot at Pro League 16. Needless to say our doubts were soon dismissed. The kid has still got it! Not to forget that Guy “Nertz” Iluz had a masterclass of a performance himself, but we always knew that was going to be the case.

Finishing map one 20-15 with a 1.17 rating in his first official game in over a year is not something to dismiss. Kjaerbye finished the series with a 1.03 rating and a respectable 78.2 ADR as Endpoint squeaked past the Frenchmen 2-0, dropping their opposition into the lower bracket. Now they were only one BO3 away from qualifying for Pro League for the first time in three seasons.

On the desk it was difficult not to be a little biased and simultaneously excited. The UK organization with the two Englishmen of Surreal and MiGHTYMAX were simply one step away from the pinnacle of professional CSGO at Pro League 16, and it was the Australian champions, and major qualifiers of Order (ex-renegades) in their way. Surely this is their best opportunity, we just needed the consistency to continue. And continue it did. Another incredible performance from Nertz with a 1.93 rating on Mirage (1.61 overall) qualified them to Pro League 16.

Whilst I would love to say the UK team of Endpoint qualified, they technically are counted as a European roster, but I’ll take what I can get! We now focus our attention on Pro League from August 31st to October 22nd and we will see how they can perform against the upper echelon on tier one Counter-strike. Now being ranked #25 in the world as per HLTV, there are a lot of eyes on the UK roster, and we at UKCSGO wish them the best.