After last night’s post was published, the lower bracket final of epicLAN occurred between fish123 and Choke Gaming. If the seedings were to be believed, these two teams would’ve been the ones in the Grand Final on Sunday. Alas, this wasn’t to be after CaZ eSports overcame fish123 over 3 maps. So, fish123 were knocked down to the Lower Bracket to face the team they sent down there – Choke. So, this was to be an interesting game.

The Lower Bracket final of epicLAN went to it’s full 3 games, with Choke taking Cache 16-13, fish123 came back in the second map Mirage to win 16-11 and Choke took the final map of Overpass 16-13 to book their place in the Grand Final. 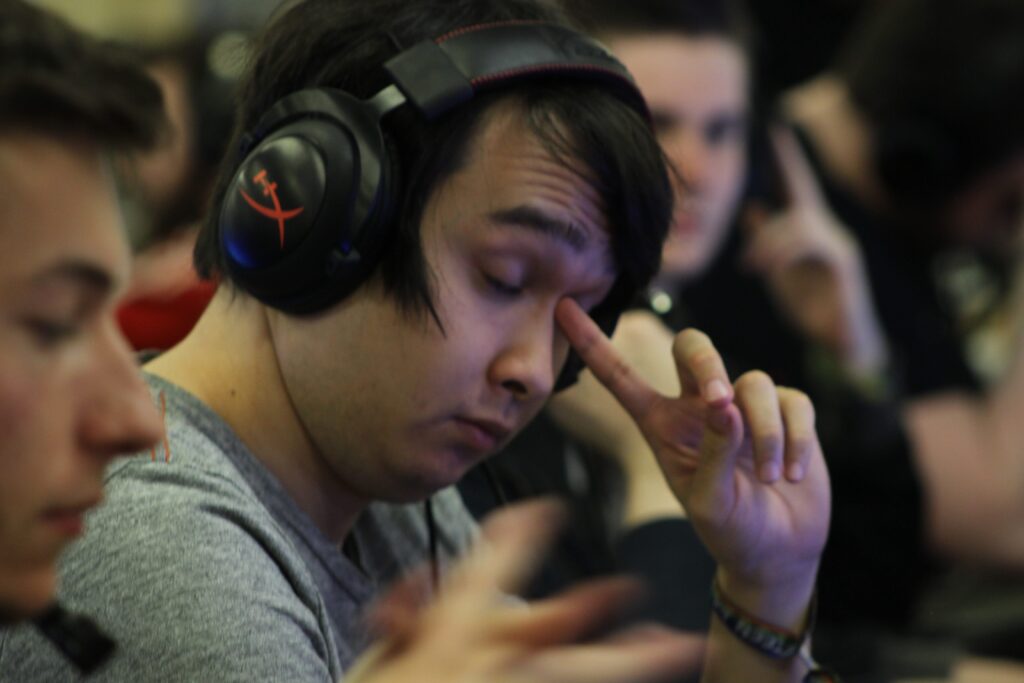 So we then had the two teams for the epicLAN Grand Final. CaZ eSports, a team rocking mid table in the ESEA Premier division, who hadn’t dropped a single map in the entire tournament up against Choke Gaming, the second seed of the tournament and also team who seemed to be very strong throughout the rest of the tournament especially knocking out the Molotovs and Marshmallows mix. CaZ came into this game from the Upper Bracket so started a map up in the Best of Five series, and also appeared favourites with their dominant display throughout the rest of the tournament and was echoed on CSGO Lounge when it locked in with them being 77% ahead in odds, but Choke should never be discounted especially with them being the higher seed of the two teams.

The map picks were Inferno (Choke), Train (Choke), Mirage (CaZ) and Overpass (Decider). Choke got the first two map picks due to coming from the lower bracket, as CaZ was already a map up by the start of the series.

The first map of the series to be played was Inferno, which was the first of the two map picks from Choke Gaming. This started off very well for CaZ on their T side, picking a few rounds before Choke brought it back at the half to 8-7. Choke then picked up the second pistol round and then went on a 9 round streak (after the second round) to make it 15-9, which was a round where CaZ eco’d and brought it down to a 3v1 in their favour before Powell managed to take the rest on and win the round. CaZ then picked up a final consolation round before Choke won it in their own right to take the map 16-10, equalling the series 1-1. 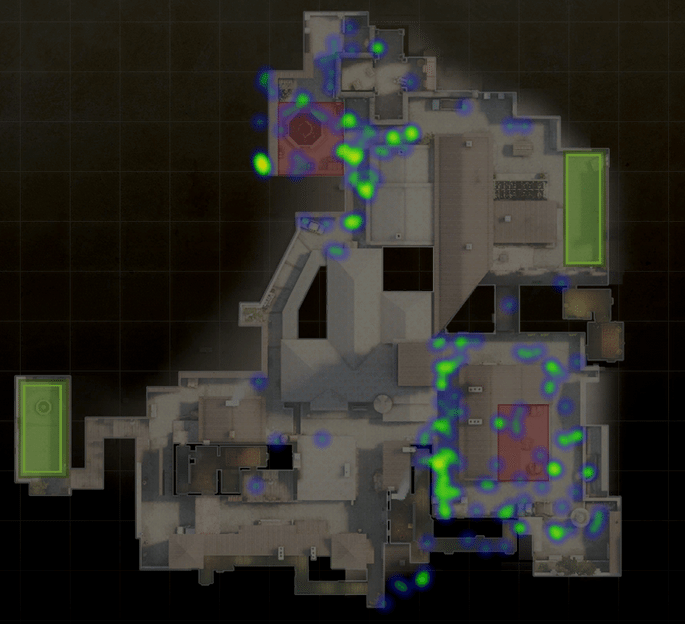 Heat map of kills on de_inferno

The second map was Train, the other Choke pick, and it had a very eventful knife round where Jakem won a 3v1 encounter and them choosing the CT side for the first half. This was advantageous for CaZ as they went on a stream of 7 rounds, only losing it when Choke stormed the A site completely locking it down and picking off the CaZ members who then tried to retake the map. Choke then proceeded to win the next 3 rounds, before CaZ picked up their next round where decclan pretty much ninja defuses the bomb on A site, with Immi completely missing the fact he was doing so until it was too late. CaZ then finished out the half 11-4. CaZ then start T side well, picking up the pistol and then proceeding to take it to 15-4, before Choke finally got into gear and started picking up rounds. However, it wasn’t to be as CaZ finally picked up their final winning round by storming the A site a T’s to take the map 16-9 and bringing the series 2-1 in their favour. 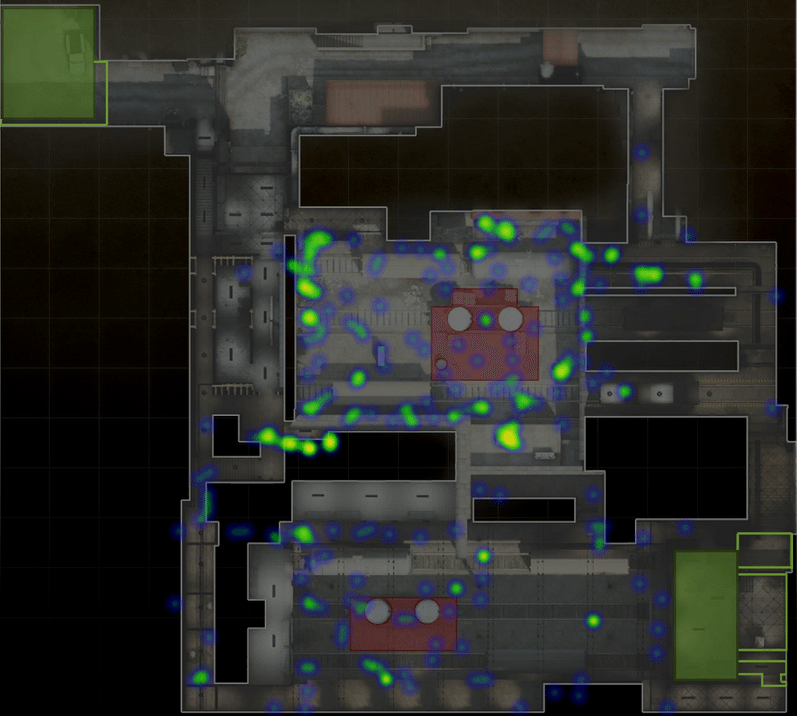 Heat map of kills on de_train

This is when we move onto the third map of Mirage, finally the pick of CaZ. This lead in their favour for the first 5 maps, picking them all up until Choke finally managed one in their favour. Choke managed to mount a comeback to bring the half to 8-7, in the favour of CaZ however, to give them a chance to mount a chance to take the map. In the second half, CaZ picked up the pistol round but that was pretty much it for them when Choke won their eco in the round following. Choke then won the next 2 rounds, the first of which saw Peggy win a 2v1 duel whilst on 17hp and the second being an eco for CaZ. CaZ picked up their final round to make it 11-9, but from then on out it was completely Choke with them taking the map 16-9 and therefore bringing the series to 2-2 forcing it into the final map. 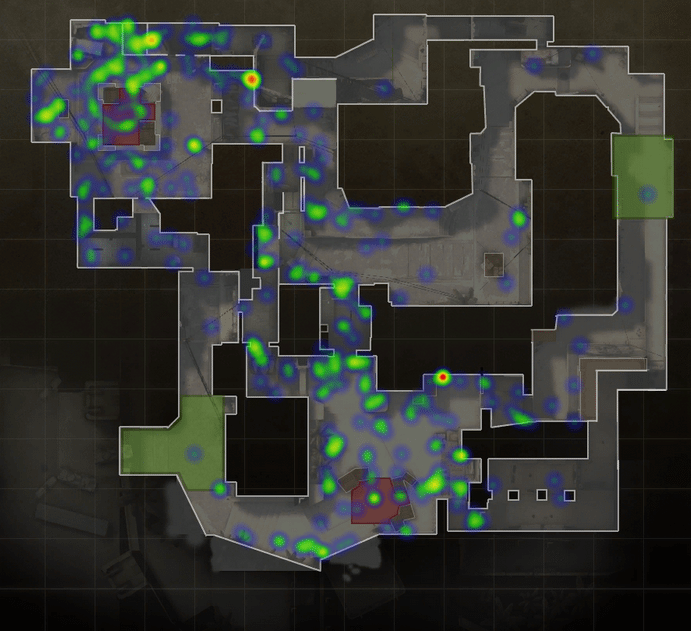 Heat map of kills on de_mirage

So after Choke took the previous map it went to the fourth and final map as a decider, Overpass. The knife round was picked up by Choke and they selected to start as CTs, and in the fashion expected Choke went insanely dominant on the map, taking the first 7 rounds of the map one after the other without fail, nor interference from the T side of CaZ until they finally picked up a round to make it 7-1. They nearly got the one afterwards as well but the time ran out, so when it went to the round afterwards they were unable to buy like the previous rounds as their losing money had been reset. The third seeded team managed to make it 8-2 when tsack managed to win a 3v1 encounter with the other side and this lead on for the next three rounds, bringing their score to 8-5. But it was not to be, with Choke getting back into the fashion we saw at the start of the map and taking the half 10-5. The second half seemed to be more promising for CaZ when on their CT side, when they won the pistol round after Essio got into a 3v1, taking one down and then planting before getting killed by the remainder of the CaZ side. Choke then force bought the next round, to no avail as CaZ managed to take the majority out before defusing through smoke to make it 10-7. Choke finally won the next round, before going on to get the next two rounds before CaZ picked up their next and last. The game then ended out at 16-8, the final round being when CaZ force bought in an attempt to mount a comeback, but it wasn’t to be when Choke faked a plant before killing the majority of the team after getting Jakem with a grenade. Choke finished the map as 16-8 winners and also became the champions of epicLAN 15, winning the final series 3-2. 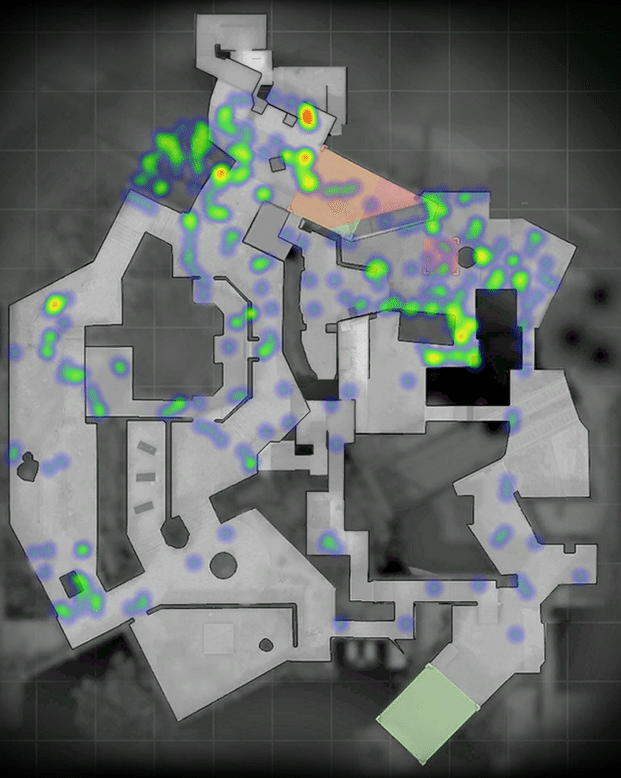 This concludes the epic.FIFTEEN event with Choke Gaming walking away with first place, £850 and free tickets to epic.SIXTEEN which tickets are on sale for now at the discounted price of £55 until September 9th!