insomnia57: The Preview – The Underdogs

Whilst I was writing the massive preview post that went live yesterday, it became apparent that covering the sheer amount of possible teams who could fill that Top 8 would have to spill out onto a second article or second page. Because coverage takes time, I decided I would spread it to the following day and here we are now.

For those who haven’t read The Heavyweight Edition, then make sure you do, however for those who did, these are the teams who are either “upcoming”, decent teams, or teams that have players who are incredibly capable of making Top 8 but probably won’t.

This preview should give you an idea of how much progression in the scene we have seen over the last year despite many others in the scene trying to prevent that from happening and the many “LOL we are only a mix team…. you should be ashamed to lose to us” mixes that do occur especially from the top end of our own scene. Despite in my previous preview that the top eight is incredibly stacked this event, we have a further five to six teams who could do better than what I have predicted, or in most circumstances, do worse than I have predicted. It’s a tough part of my journalistic aspect, it means I put my “credibility” on the line in talking up these teams below, and when someone like for example Team Sex in the UK Premiership qualifiers come out of nowhere to go and own it, people immediately flame you for not really knowing what you are talking about (I’ll admit that is probably 75% accurate!!!!). 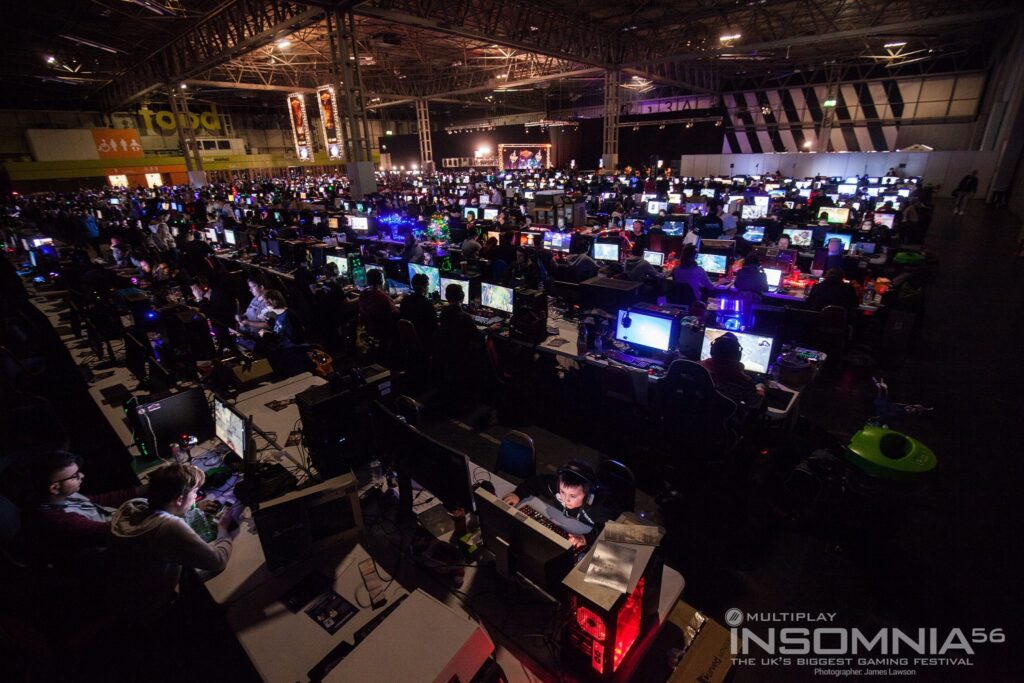 So now that is out of the way, I shall take you through the various underdog teams that are attending insomnia57 this weekend at the NEC in Birmingham.

This is the team that I have “ummed” and “errred” about currently. I sense they have proper potential to certainly make Top 8 at insomnia57, but my sensible side says they may see heartbreak and just miss out on the Top 8.

Their online form has been one of a consistent nature, they have a 14:2 W/L record in the ESEA Season 21 Intermediate League, where their wins include a lot of them over the domestic competition in the League (wins against Milwall Bushwhackers, Impulse Gaming UK, Odin eSports). Their losses include a 16:1 loss to “The Road to FPL” & a rather controversial one against a Norwegian team called “Badger eSports” who claimed default despite not setting up a scheduled time or date for the match.

In more domestic competition, they haven’t really set the world on fire in the ESL Premiership Qualifiers, although it should be noted they have had difficult paths to the Semi-Finals. They made the Quarter Finals of Cup #1 before being beaten by eventual winners Team Sex where they lost 16:10 on de_cache. Their path included Mini Kiev Krew, Blackout, Viperio eSports & CYGNEX.org. In Cup #2 they managed only Ro16 before being beaten by surprise package TB2 16:9 on de_train. I’ll be honest, they’ve been one of two teams most upset over the losses that they have had to suffer in the qualifiers, because two unknown quantities have come through and whacked them.

I want to believe they will make Top 12, and in theory they should with relative comfort, but I’m unsure how they could do getting inside the Top 8.

Oliver “orcl” Stubley kept on threatening me with cutting me with some rather large dagger or knife if I didn’t include his own “mix” team. There are really very little online results to actually back them up for even a Top 16 finish but here I am writing about this side.

It’s a tough side to really predict, as stated, the side is a pure mix team, it has some serious names in the mix including both Jagg & FudzX who have all been to iSeries events and made good impressions in each of the tournaments. However these were of yesteryear’s. It is almost as bad as the Team UK we constantly see in these World Championships including every player who ever good back in 2008. It’s time to wake up and smell the roses and realise you will never ever be that good again without actually trying.

On a little more of a serious note, without actual results to back these guys up, it’s going to be difficult seeing where they realistically should come, but in all fairness unless they suffer some major shock or breakdown, they should in theory make Top 16 and be pushing for Top 12. It will be interesting to follow their progress throughout the weekend.

Now these guys are pretty much unknown to a lot of the UK Scene, however they made some small headlines when they smashed fish123 out of the insomnia57 online qualifiers. Since then I’ve been keeping my eye on them to see how well they would fare elsewhere online.

They have been participating in ESEA Season 21 Intermediate League where they currently sit 22nd with 10:6 W/L record. Their most notable loss there came against fellow UK players exceL eSports who they lost to 16:10 on de_inferno. They beat a French outfit Revolt in the early stage of the season 16:9 on de_mirage. They managed to also beat a Swedish team “enjoyable” 16:13 on de_cache.

What is interesting about Impulse is they have a rather intriguing map pool judging by their ESEA results. So for them this could be a strength going up against some of the weaker teams in this pool of teams at insomnia57.

They’ve had some interesting runs in the ESL UK Premiership qualifiers, they got defaulted out of the first cup at the Ro16 due to the length of delays and that one of their players (I believe wafu) had an issue with ESL Wire he couldn’t fix. In Cup 2 they managed to go to the same stage and were smashed by Team uFrag 16:4 on de_cache. However I think here they just needed to a) play with their actual fifth and b) prehaps predicted that said team have a go to map they like to play on. I think with a bit more experience in this field (particularly around map veto) then they might actually do incredibly well towards the back end of 2016.

With that said, they have the potential to go as high as what I am predicting here, but then they could finish in 13th – 16th place. It’d still be a good tournament regardless if they manage to get out of groups. 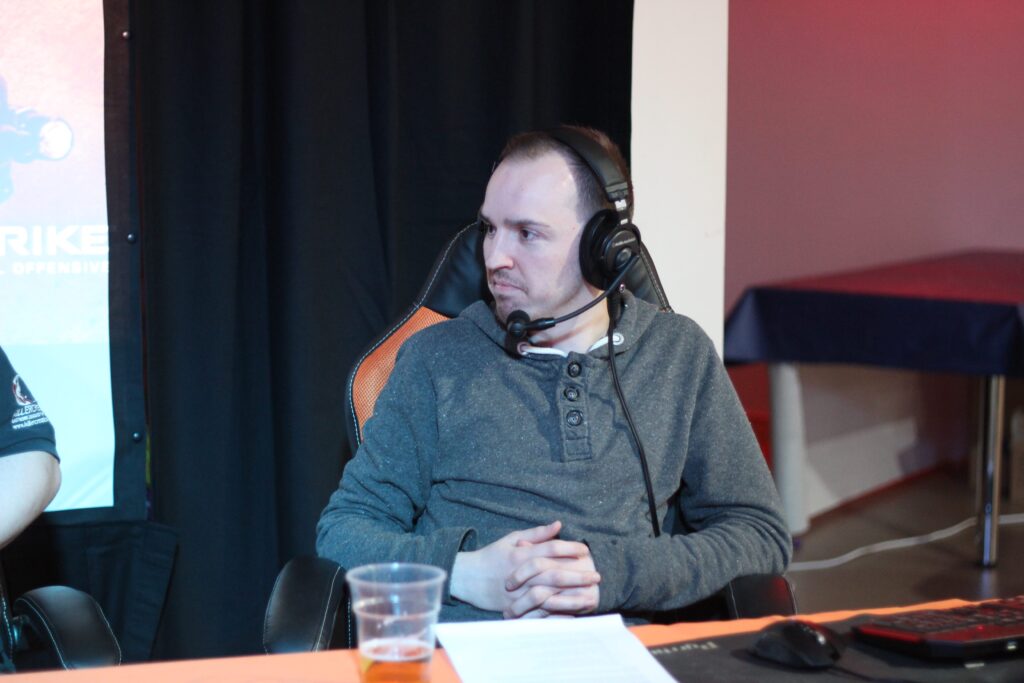 When talking to Speedy recently, he had finally delivered information to me that this could be their last LAN together as a team, as apparently Alasdair “AL” Maltby had finally been forced to quit due to real life commitments taking up the majority of his time and that it would be a factor going forwards for the team.

The team finally managed to attend an epic.LAN event in February, and whilst thoroughly enjoying their attendance there, they also managed a surprising 5th/6th position, and managed to run a few teams really close at LAN. Despite being demolished in the Upper Bracket by Team uFrag 16:2, they went on to scoring a win in the lower bracket over three maps against Defiled, and then ran Team CeX incredibly close over their two map loss there.

This team has always (despite their critics) done better at LAN than they have done online, whilst Miran “SpeedyG” Hoyle’s ego doesn’t need boosting, they have a much better performance rate at LAN. Their biggest issue tends to be when things go wrong, they go off the rails, and communication shuts down incredibly quick. Sometimes it can be like watching an episode of Eastenders when a round hasn’t gone in their favour. However they always find a way to either match their seed or beat it (as evidenced at insomnia56 in December).

They are always a guarantee for a Top 16 appearance, however Top 8 always seems to be out of their reach especially in the more competitive LAN events. I personally think because if Miran is being honest with me, then this being their last LAN as a five, a high note could be here, and 9th – 12th position with the competition involved at this event would do them incredible justice, and I really hope they do go out there with a point to prove.

That concludes the Preview to insomnia57. I hope you have all enjoyed the thorough length I have gone to, it’s been a pleasure trying to convey my thoughts and feelings going into one of the most competitive iSeries LAN events to date, and finally we are starting to see the positive impact that it is having when teams turn up, try, and most importantly beat some of the older players within the scene. People have often cited in the past that “new players never get noticed” well if insomnia56 was the beginning of a new time when those players do get noticed, it’s gonna be difficult for this iSeries to be any different.

Make sure you stay tuned to UKCSGO.com for all your latest news, coverage, and results from insomnia57. Give the UKCSGO Facebook page a like, and the UKCSGO Twitter bio a follow, and make sure you have read the recent Overclockers announcement we dropped on how to win prizes like Mugs & Mousemats if you predict scores between teams correctly. We will be at the NEC this weekend, to bring you all the latest, so stay with us!

insomnia57: The Preview – The Heavyweights

wpDiscuz
7
0
Would love your thoughts, please comment.x
()
x
| Reply
You are going to send email to
Move Comment