The former XRAVEL roster have been picked up by Arctic Raptors.

Arctic Raptors; that name has been associated with roster moves, stand-ins, and underwhelming ESEA seasons in the past year but now they have picked up one of the most promising rosters in the UK scene. After a bidding war with another UK org, Arctic Raptors picked up the former XRAVEL squad, headlined by up-and-comer Mohamad “Ducky” Nourelden. 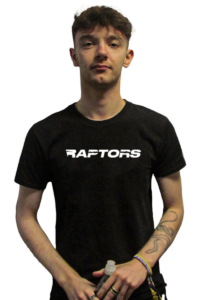 Atrox was added to the roster shortly before the move

Under the XRAVEL banner, Dan “papp” Hart’s side finished 11-1 in Season 42 of Main, qualified for the UKIC Beyond Summer Invitational and finished 5th-6th at EPIC37. Due to their recent accomplishments they have earned themselves a reputation as the rising stars of the UK scene.

UKCSGO understands that there was a bidding war surrounding the roster with another notable UK org being extremely close to signing the team from XRAVEL. However, at the last moment, Arctic Raptors provided an offer that the roster could not refuse.

Since picking up their new roster Arctic Raptors have made the quarter-finals of ESL Premiership where they were knocked out by seven-time consecutive champions Endpoint.

We are delighted to announce we have signed our new competitive Counter-Strike roster.

We are extremely excited to see what the future holds 🦖💙 pic.twitter.com/OzEyaSQOBI

Esports Wales set to take on the world in Bali

Swaggy: “I think we should have never been ranked ninth [in the ESL Premiership seeding]”