In one of the strangest moves to date in the UK Counter-Strike scene, Devine announced a few days ago that James “redsnK” Littlewood would be joining their CS:GO team in a push to become one of the better sides in the country.

James was last seen competing at the ESL UK Premiership Finals with Team Infused, a team he had crafted prior to the season after a barrage of issues before hand. However in a surprising move, he has moved to a lower echelon team in the hopes of rebuilding for the future. This could be seen as a move to scout for upcoming talent in the UK Scene, or more likely tired of things that happen on a regular basis in the UK at the top.

The ability of James to forge teams and promote upcoming players is never in question, as he has become one of the finest players in the UK to promote new talent over the years at multiple events and make something of their careers in the UK. James has always been one of the few players who can call under pressure and frag at the correct times, however has often found himself struggling at key events such as the UK Premiership finals where his teams have reached two Grand Finals and a Semi-Final performance at the last UK Premiership. He is also one of the few players who has claimed the majority of epic.LAN titles to his name, but missed out on the Grand Final at the most recent epic.LAN event in June after being beaten by Miran “SpeedyG” Hoyle’s team Perilous Fury over three maps. 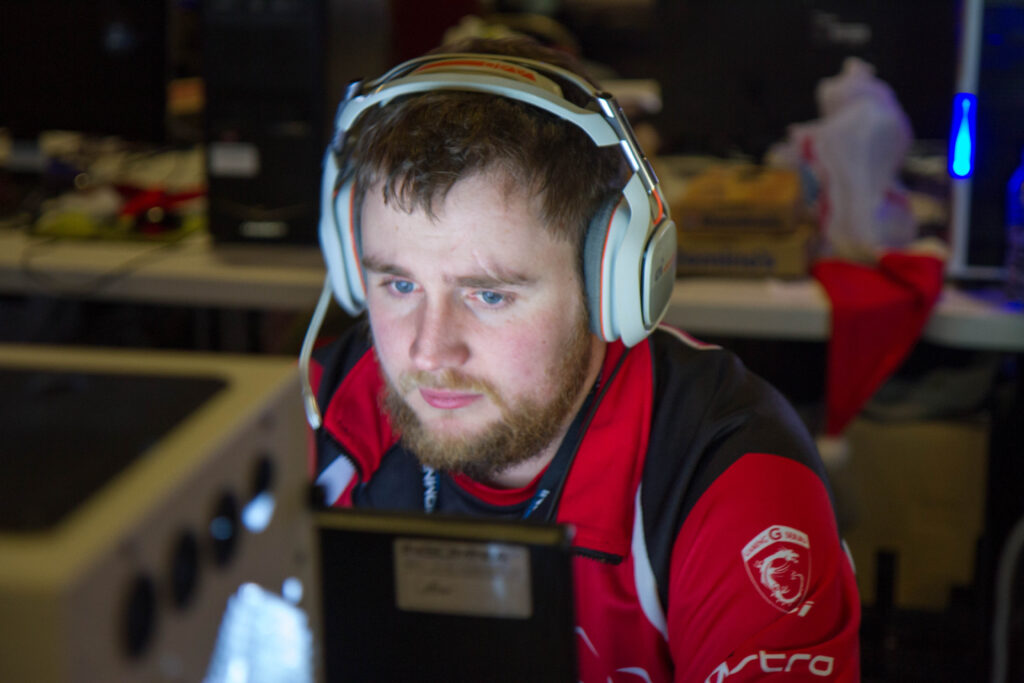 An unexpected move for the man usually seen in Team Infused colours.

The rest of the team have had fairly unknown careers in the scene, although they will be familiar faces in the scene to some. Some of the players such as Shaun “SDK” Kennedy and Luke “paraAsite” Turner were in attendance with Devine at epic.EIGHTEEN in June where they finished 13th – 16th at the event after losing 2:0 to exceL eSports and 2:0 to Limitless Nation in the lower bracket. It should be noted that in the Best Of Two format, they managed to grab a 1:1 result with playhackz and secured themselves a third place finish in the group stage.

Here is a short statement from Martin “SpIKe” Hyde, manager of Devine eSports

After our appearance at the last LAN (epic.EIGHTEEN) and putting up some good results against seasoned players and teams, we went away to build a new lineup to make the next step. We kept a core 3 from that team in Trials, SDK and paraAsite. The goal was too find two experienced players to go with the young talent, in this we picked up Kalleh who was one of the best players during his 1.6 days with a wealth of LAN experience against top teams in the UK and EU. This left our last position to be filled by a player who needs no introduction redSNK, everyone will know what he’s about, but redSNK is experiencing a new role which is a fresh challenge for him, as he gets to leave the IGL duties in the hands of Myself who also serves as the Coach and Analyst for the team!

We are quietly confident this blend of raw talent and experience can take us to where we want to be in the future, but we all know it will take time to make it happen as we learn each other’s styles and build up our team work. In the few weeks we have played together everyone is inputting to improve individually and as a team.

The roster is as follows:

It will certainly be interesting to see how well this team perform, as there could be a good blend of new talent in the scene spearheaded by James’ tactical nuance at the top. Whether it works out in everyone’s favour is another matter, but we at UKCSGO will be intrigued at how well they do online and at LAN events.

wpDiscuz
9
0
Would love your thoughts, please comment.x
()
x
| Reply
You are going to send email to