Another great weekend has come to an end at Kettering Conference Centre, and it is time to release the epicEIGHTEEN final standings.

The original plan for the tournament was for just the top 2 teams of each group to go through, but after an uproar from some teams it was amended to make a 16 team knockout stage. Normally this would cause panic as time is always a factor at epicLAN, but the tournament ran more or less to schedule throughout the weekend.

It was a weekend of highs and lows; some teams soared past their seed, and others failed to meet the expectations set by their seed. Thanks to the tournament sponsors, CRISPsrv and Unikrn, this tournament had a £3,000 prize pool split between the top 4 teams. First place claimed £1,725 and free tickets to epicNINETEEN. Second place got £875 with a discount on epicNINETEEN tickets. Third place also got discounted tickets along side £300 cash. Finally fourth place got £100 in the bank, but no discount. 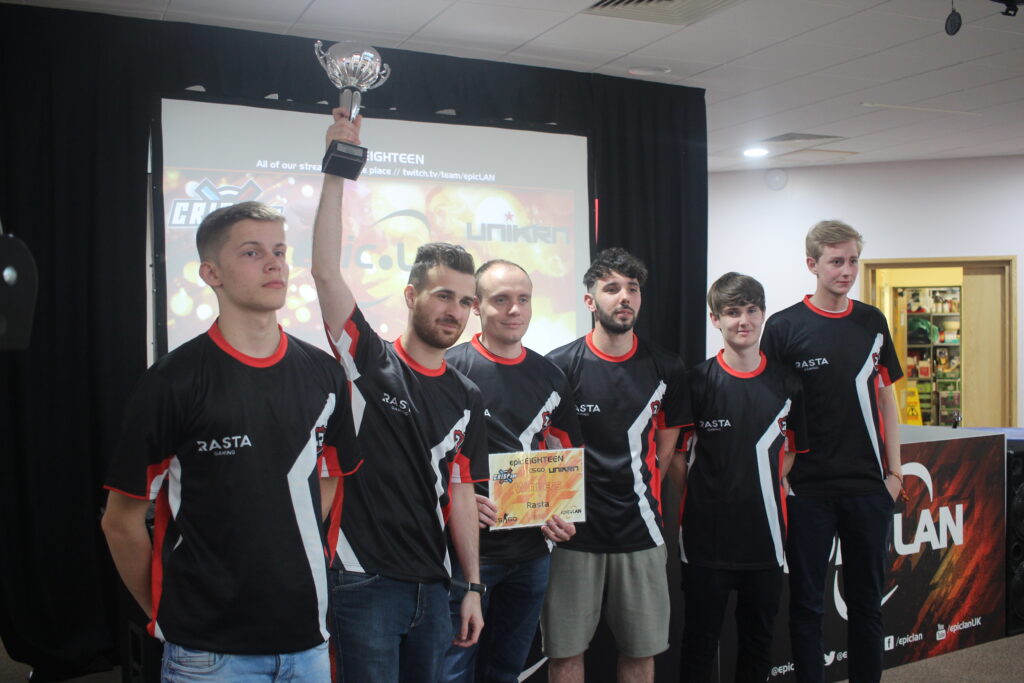 So there you have it, the top 16 teams of epicLAN. However, this doesn’t bring us to the end of our epicEIGHTEEN coverage. We still have a couple of videos left to edit which we will be releasing later this week, so keep an eye out for those.