After a shock start to the tournament, Pick ‘N’ Mix have continued their pain train on the seeds in their group, by beating Craig “Onscreen” Shannon’s MixedVibes mix team.

The map to be played was de_cache, after the knife round Pick ‘N’ Mix had won, they decided to go CT side. It started incredibly well for Kirby and the lads, they stormed into a 6:0 lead, where Craig and his team just couldn’t work out a way to get into bombsites and were shut down in an efficient manner.

By Round 7, this was a small bump in the road as MixedVibes managed to finally secure a round when they planted on bombsite A, and let it blow. The following two rounds though ended up going to Pick N Mix which left the score at 8:1. With Craig and his team needing rounds fast, Craig “Nightmare” Isaacs managed to pull off some sick shooting to open up the bombsite and secure it to get the second round. This is where the tide and momentum then changed, as the team became visibly pumped on stream with every round win in the half.

It obviously sent a few messages to the opposing side, as they couldn’t keep up with the rounds picked up, but the half ended at 9:6 in favour of Pick ‘N’ Mix. When the second half started, it was all about carrying the momentum. If Pick ‘N’ Mix were to seize the momentum back, they needed the pistol round, but if Craig and his team wanted to carry on where they left off they needed it too. With carnage happening at every part of the map, Pick ‘N’ Mix finally managed to open up B Bombsite, however the retake was done in pure perfection by MixedVibes, and they brought down the gauntlet to take the pistol round. 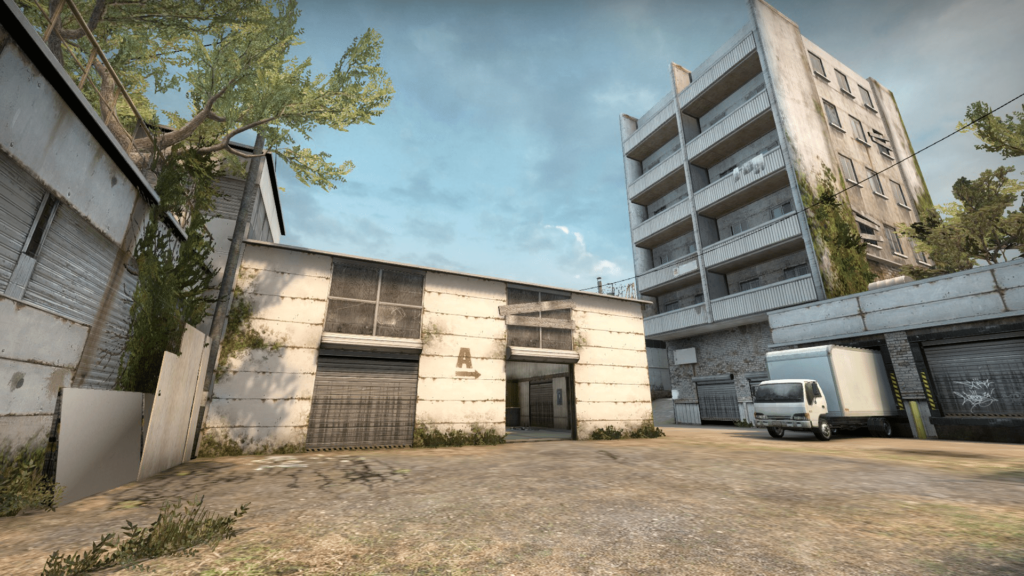 The setting of this particular battle

However the unthinkable happened, despite the bomb being planted in the opening round, Pick ‘N’ Mix opted for a force buy in the second round, they carved open A bombsite in around 15 seconds, and with 2 men down and the bombsite now being controlled, Craig and his remaining two team mates dropped 1 by 1. This left the scoreline at 10:7 to Pick ‘N’ Mix. It meant that MixedVibes were forced to eco the following two rounds, which saw Pick ‘N’ Mix close to a 12:7 scoreline.

MixedVibes stopped the rot, when Craig “Onscreen” Shannon had exploited a tactic that Pick ‘N’ Mix were using, which was dominate the mid area. It meant that Craig made the call to have 3 people in Mid, 1 A and 1 B. It actually worked, and they picked up the round with only 1 casualty.  However despite the round win, MixedVibes looked desperate and were out of ideas, and the following 2 rounds saw little fight. At 14:8 down, it was becoming difficult to sense anyone else winning. Yet despite being in a 3v1, it was soon wittled to 1v1 when Pick ‘N’ Mix ended up losing the round eventually. The cost of that round took it’s toll and Pick ‘N’ Mix managed to wrap up victory with some quick executes and sheer dominance at mid once again.

This now leaves both seeded teams in Group B needing to win their clash to make it out of the group stages. Suffice to say fm-eSports should in theory be the favourites for the match, but as proven today, anything can happen. Pick ‘N’ Mix now just need to win their remaining games to qualify as top seed from their group, but it really does leave Group B looking potentially very interesting.

Make sure you stay tuned to UKCSGO for all your latest news, coverage and results from insomnia57. Give the UKCSGO Facebook page a like, and the UKCSGO Twitter a follow, and make sure you have read the recentOverclockers announcement we dropped on how to win prizes like Mugs & Mousemats if you predict scores between teams correctly. We shall be at the NEC this weekend, to bring you all the latest, so stay with us!