Live updates will be posted below, as and when the information within the article becomes outdated, or if any other interesting roster developments take place. All organisations were reached out to for a comment, some chose not to.

Endpoint have announced a major roster overhaul, bringing in Yannick ‘yNc’ Van Boven, Dion ‘FASHR’ Derksen and Tramaine ‘Stan1ey‘ Stanley. There is a massive investment into the team, as they will be contracted until summer 2018 and will have a team house in the UK. Read more here.

CeX gaming have just tweeted that the team’s final player will be Dom ‘dOMM’ Sulcas, following Danceyz and hemzk9 leaving the roster just over a week ago. dOMM was part of the squad who represented Radix during their epic.LAN winning campaign in mid June of this year. With the next epic.LAN, epic.22, coming next month he will be hoping to repeat his success with his new lineup. The team also have the finals of the ESL UK Premiership coming up, next week at EGX, following CeX’s first place finish in the group stages. We reached out to CeX for a comment, which will be included below upon reception.

Infused have just announced their new CS:GO roster ahead of Season 2 of the Gfinity Elite Series, with intentions of qualifying for the top 4 spots this time round. New players Zaki ‘Danceyz’ Dance from CeX and George ‘ZED’ Bear, have been brought in to replace the outgoing pair of Ross ‘Trials’ Campbell and former ingame leader of the side James ‘redSNK’ Littlewood. Moving forwards, ZED will be taking on the ingame leading role, with Danceyz taking the AWP away from Aaron ‘Fre1′ Frei, thus leaving him to rifle – his preferred role, according to their coach Neil ‘Neil_M’ Murphy. We reached out, but the organisation declined to comment. Read more here.

Our #CSGO Roster makes changes ahead of Season 2 of the @Gfinity #EliteSeries! #RedArmy

New statement from Stuart McAllister, the owner of NSG, on their recent roster changes.

“Sam aka Diabl0 has decided to step down as a player within NSG. He’s looking at more of a coaching role within the organisation. We’ve sat down and had a conversation as a team and ultimately need someone who is looking long term. The team moral is high and everyone seems to be very motivated.”

The Goose House have now filled their final roster spot with Tom ‘tamsteR’ Barrett, following the removal of Eddie. The experienced player has represented a range of organisations including ProjectX and uFrag Gaming. The organisation gave the following statement:

“After a successful run at Insomnia we were sad to hear that Eddie would be stepping down from the team. He has been an integral part of TGH since the very beginning so we would like to thank him for his time with us and wish him all the best. Now going forward we have picked up the experienced and very talented Tom “Tamster” Barret to the roster. Tamster is a talented player and we are looking forward to seeing him play under The Goose House.”

Method from the Gfinity Elite Series have announced two high profile pick-ups, following the removal of Brandon ‘weber’ Weber and Tramaine ‘stan1ey’ Stanley from their starting roster. They will be replaced by the experienced pair, Joey ‘CRUC1AL’ Steusel and Kia ‘Surreal’ Man. Both players were playing in the North American ESEA Pro League last season, representing Splyce and Complexity Gaming respectively. Not long ago, Method were considered the best side in the UK, but following on from a gradual decline in results, the team eventually chose to make changes. The new additions definitely bring alot of extra firepower to their Gfinity Elite Series campaign and should aid Method in securing a better placing than their lackluster 7th place during season one.

Nuclear Storm Gaming, a team who finished 13th-16th at i61, have just announced that they are currently looking for one, following Sam ‘diabl0’ Biden transitioning to a coaching role within the team. It has become apparent that this is due to his own personal reasons and we wish him the best of luck in dealing with these. Mitchell ‘Ducky’ Robertson has tweeted that the team are currently trialing potential fifths. A statement from the team is to come.

In the aftermath of insomnia58, we have seen several teams chop, change and form new teams in the making. However we have some more exciting news in the form of a brand new team that has been formed for the upcoming Winter LAN season, and to see how things go after that.

Ashley “ashhh” Battye, was last season competing at insomnia58 with eBGaming_ who were part of the “Romanian Controversy” when they beat the Romanian team XPC.gg 16:12 to only lose on “default” because Ash had forgotten to record a POV during the game. That later got overturned as the Romanian’s went back to give the team a “rematch” on another map due to eBGaming_ having access to all five POVs from XPC.gg. It was a match they lost quite convincingly 16:3.

Ash had announced his retirement earlier this year after a disappointing set of results in the Team uFrag camp which saw them finish 9th – 12th at insomnia57 where Ash had primarily blamed himself. After that stint in Team uFrag, he had been doing a bit of coaching unofficially with Team exceL, who enjoyed some success at epic.EIGHTEEN in June. 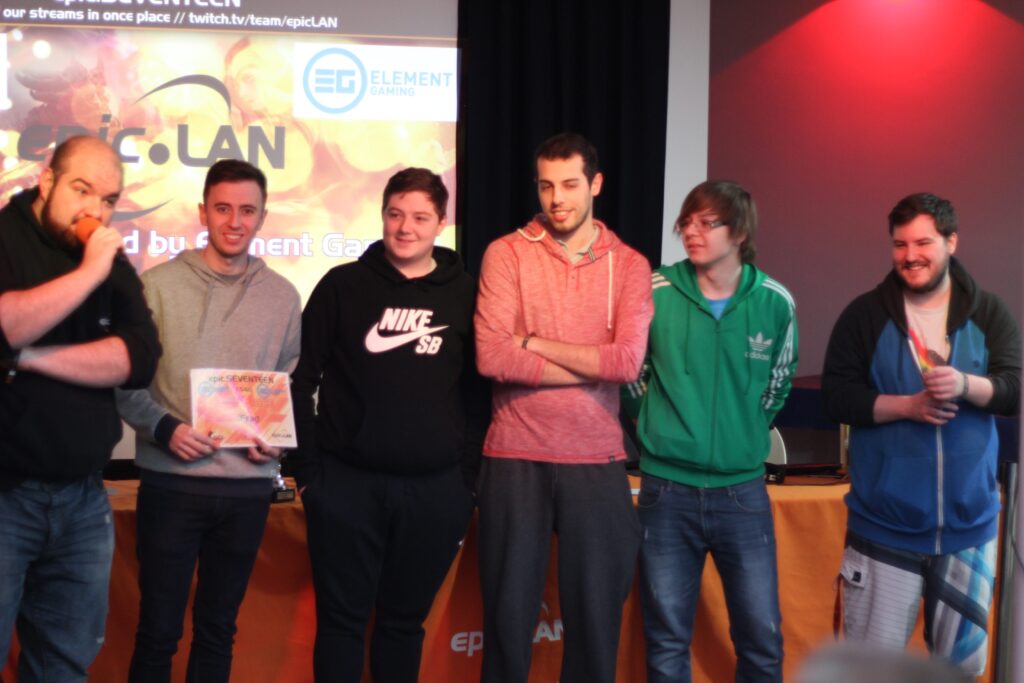 Chris “debaser” Flynn, had been apart of Perilous Gaming for an incredibly long time before he had called quits on his career in CS:GO shortly after the original Perilous Fury lineup had disbanded post insomnia57. Chris did have a few minor stints as a stand-in for a few teams throughout the previous ESL UK Premiership season, but nothing concrete ever came to fruition.

Tom “quiver” Griffiths also joins the team as someone who has mostly been off the radar in the UK Scene after his stint in Perilous Fury alongside Chris, where they had attended epic.SEVENTEEN in February and managed 5th – 6th there before heading to insomnia57 and reaching 9th – 12th. Tom has a great history within the scene, and famously got placed in a bin one iSeries event in the ever so drunken behaviour we have seen from him.

The final two recruitments were Harry “Yoshi” Witt who was formerly part of Team uFrag before moving over to Overwatch shortly after insomnia57 to try and compete in a new eSports title, whilst Joe “luster” Asquith also joins the roster. Joe was part of the former MINISTRY set up with Ash back in the early days of CS:GO.

The team which will be flying the flag as Dog gaming are currently looking for an organisation to represent at future LAN events, and can be contacted here at the following email address tomgfiffiths[at]live[dot]co[dot]uk. They will be next in action at epic.NINETEEN which is held at Kettering Conference Centre in October this year.