TLR.esports have recently announced that they have returned to UK Counter-Strike by picking up a rather interesting team. It has been a while since TLR were around officially, as it around a year since they last had their official roster when they announced the picking up of ProjectX at the time.

After several months of finding a suitable roster where they had a team competing in ESEA Season 26, but shortly after the season concluded and they didn’t make it past Nuclear Storm Gaming (who later went on to qualify for the upcoming season of ESL Premiership), the team then folded. After a short search they have managed to find a roster that may well fulfill the goals of the revamped organisation in the UK.

That team looks to be competing in the new ESEA Season, and will be heading off to epic23 in February under the TLR banner.

After the surprise last year of picking up ProjectX, it seems like TLR’s vision for teams has turned to the up and coming players of the future in the UK Counter-Strike scene, and this team is no different. They started off their season in ESEA rather well, with two convincing victories over Devial (16:1) and Impulse Gaming’s new roster (16:13) and currently have a 2:0 record flying high in 10th position, just ahead of rivals London LYNX. 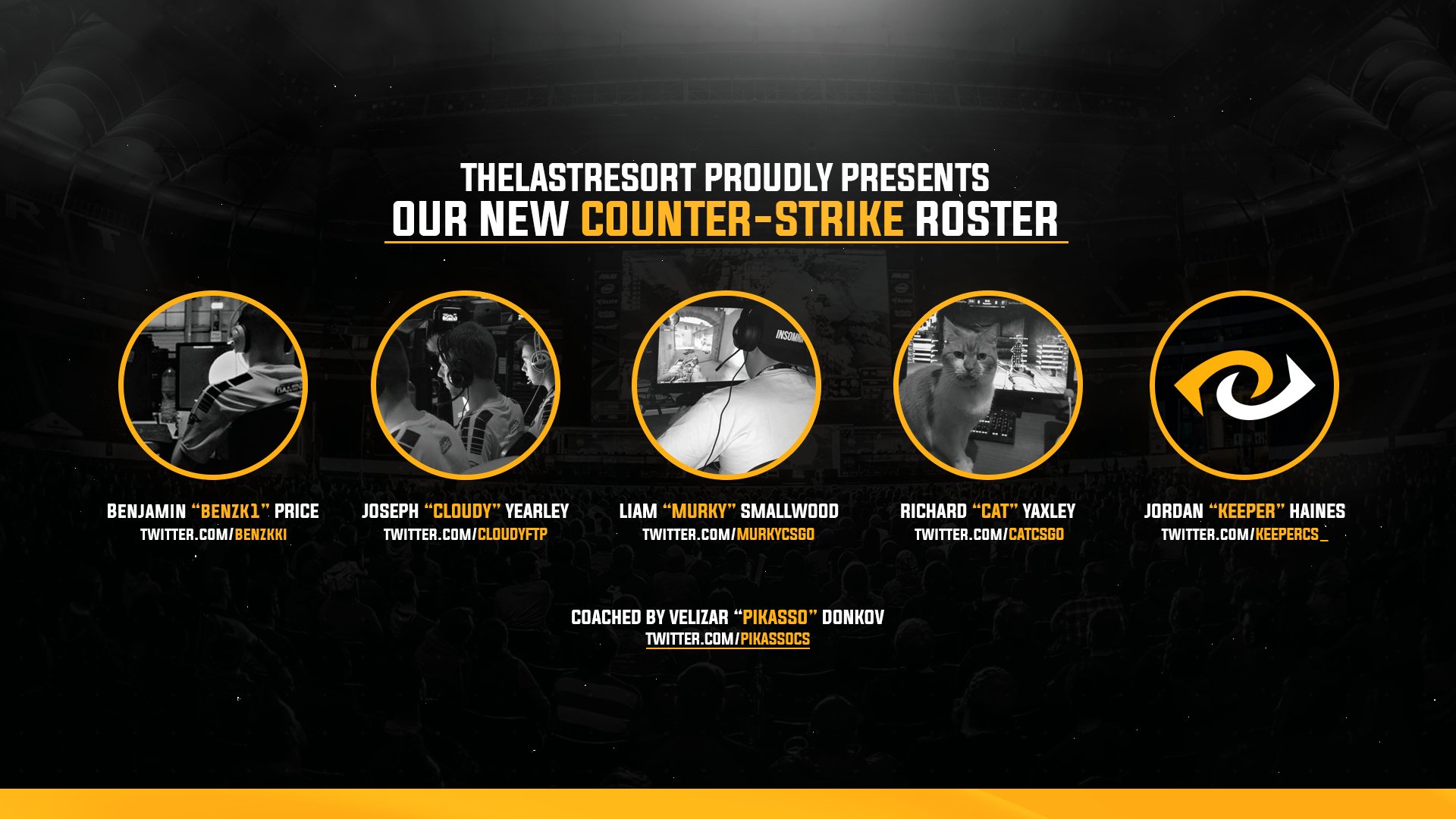 Benjamin “Benzk1” Price, the team captain of TLR had this to say exclusively to UKCSGO:

I’m excited for myself and my teammates to sign for The Last Resort. I hope we can have support towards our development throughout the new few months with the ESEA, epicLAN & iSeries soon. I’m really happy with the diversity of players within the team and I’m confident that we can exceed expectations with our continued practice.

We did try to reach out to Michael “Chefinal” Robinson for a short statement, however, he has since not been in contact with us since asking.

Here is the The Last Resort full roster:

With all these announcements in January, why not make sure you keep up to date with the UKCSGO website, through our Twitter & Facebook pages, so that you keep clued up on the UK Counter-Strike scene.