This weekend we will be seeing the conclusion of the UK ESL Premiership Spring Season 2016. The setting will be the new ESL UK studios up in Leicester which they opened earlier this year.

During the main season we saw The Working Men perform consistently week after week with one hiccup against CEX which saw this team pick up their only loss. Team Infused, Reason Gaming and United Estonia all mirrored each other’s performances finishing the 7 weeks with 5 wins, 2 losses.

It wouldn’t be a UK event without a couple of last minute roster tweaks, firstly with United Estonia losing HS and getting alexE to replace him at the last minute. Reason Gaming also had a couple of mid-season changes with mini stepping back from the team. He was swiftly replaced with MiGHTYMAX who didn’t stick around very long and so weber was drafted in to fill the spot for the remainder of the season. 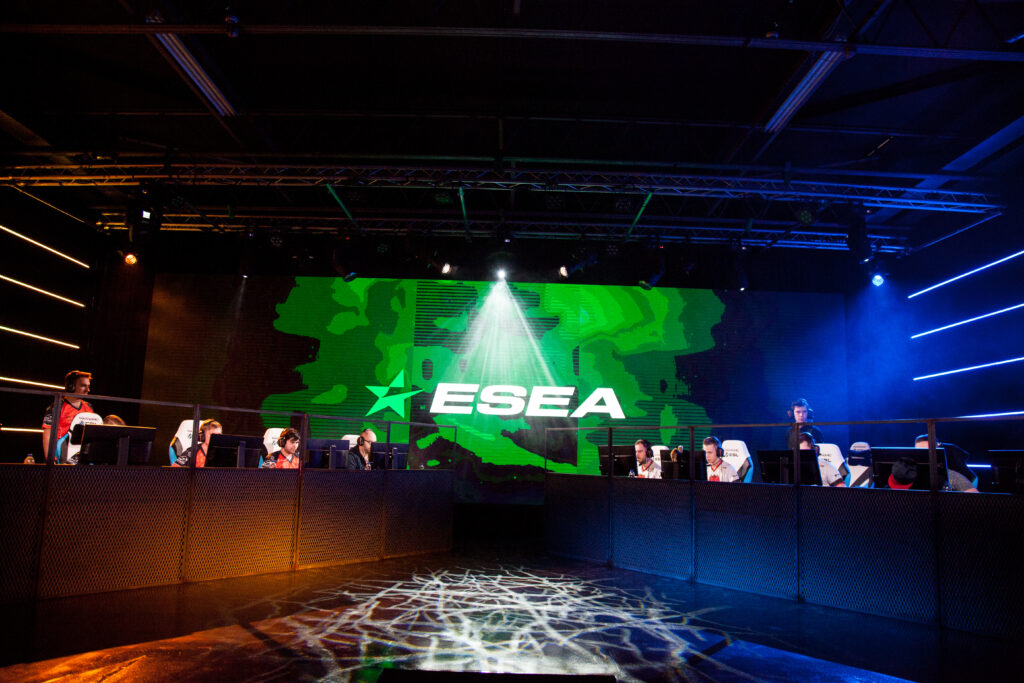 The new ESL Studio all lit up – Photo by ESL

Team Infused are coming into this event after a strong performance at epicEIGHTEEN where they claimed third place.

Reason Gaming have also had a strong performance recently too qualifying for the UK Masters and taking part in Cevo Main where they currently only have 2 losses to their name.

The Working Men and United Estonia don’t feature in much outside the EPS, if anything, so it will be interesting to see how their preparation for this event weighs up against two well-practiced sides.

In round one we will see The Working Men take on United Estonia, and Reason Gaming play Team Infused. Based on recent performances The Working Men should make their way swiftly onto the finals where as the Infused/Reason game could be a very close game. Both sides have faced off before recently with Infused coming out ahead, but with the added pressure of being on a live stage, and the LAN experience on the Reason Gaming side, this match could go either way.

The rosters for this weekend are as follows:

The scheduling for Sunday will be seen as below: