Epic.FIFTEEN kicks off today in the Kettering Conference Centre and the seeds and groups for the CSGO tournament have been released. Things look very close at the top of the seeding table with fish123 claiming first after their performance in the ESL UK Premiership Qualifiers. Choke Gaming take the second seed spot and are closely followed by CaZ eSports which should make for a very interesting knockout stage, so long as there are no upsets during the groups.

The groups are causing some discussions as EpicLAN have chosen to adopt the “fairer” use of seedings in group stages so seed 4/5 do not meet at this stage. 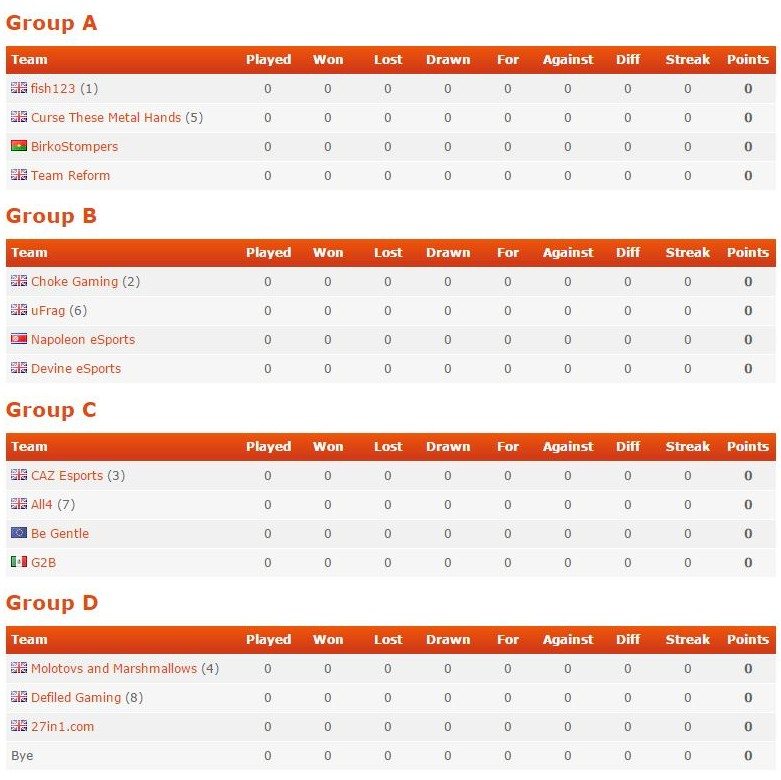 We also see from the group stages that Group D has a bye in it meaning that vital 16th team to trigger the £1,500 prize pool didn’t register for the event. There were two teams with three players each that could have combined to make up the needed 16th team, but for one reason or another, they chose not to combine forces.