epicLAN groups come to an end

The epicLAN groups are all wrapped, and it pretty much finished as predicted with all the seeded teams in the tournament going through. However, there was one upset in the tournament, with Curse These Metal Hands (CTMH) beating fish123 in their Group A game. 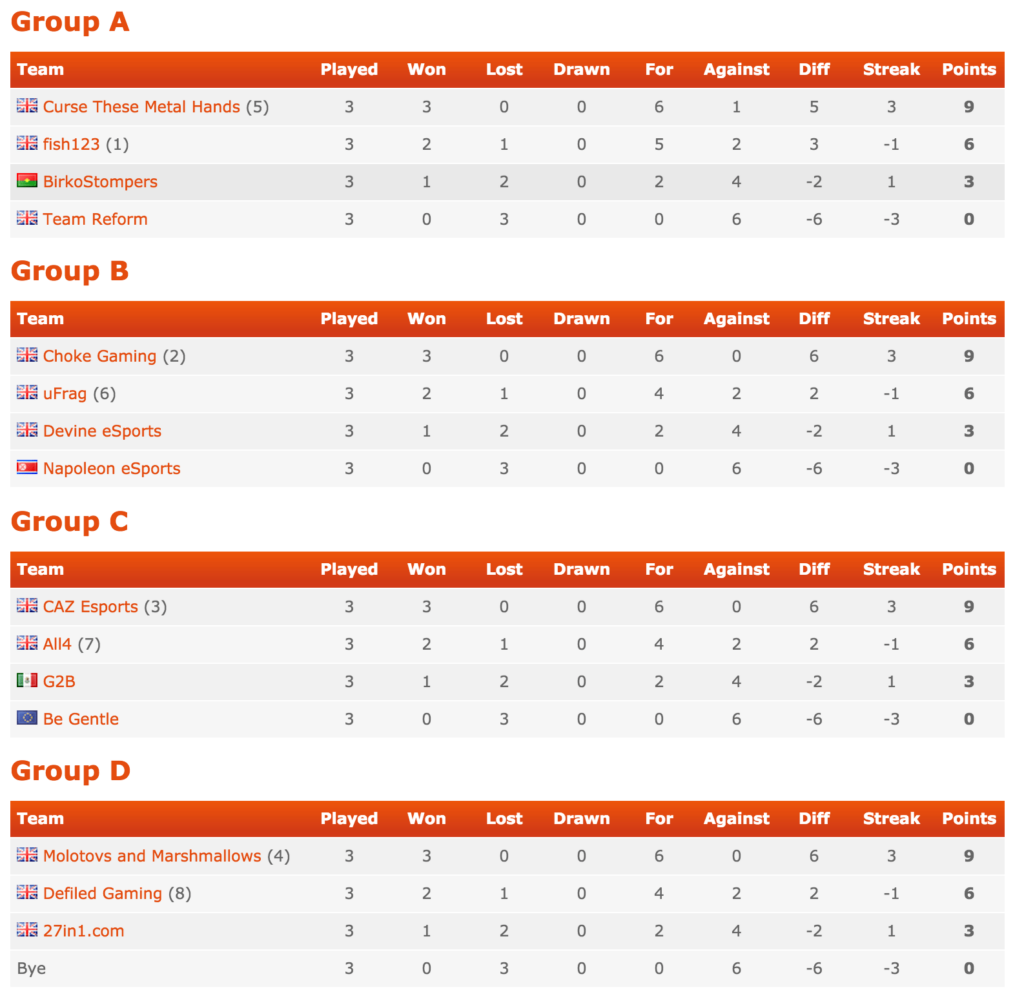 So, as you can see the tournament laid out as expected in terms of the seeds apart from that Group A game where fish123 came below CTMH in the group, due to losing to them. This should be an interesting tournament to continue on as the knockout part of epicLAN begins in the upper and lower brackets before the Grand Final on Sunday. Keep an eye on UKCSGO for more updates from epicLAN as we move into the latter stages of the tournament.