To the surprise of nobody, the mix fish123 came out on top, finishing 7-0. British professional Owen “smooya” Butterfield led his team to victory without losing a single match.

All seems to be going to plan as the fifth seed CeX finished second, going 5-2. The team lost to group rivals Legion Gaming, but managed to secure victories over nearly every team, only losing to fish123 and Legion.

To finish the group, the aforementioned Legion Gaming and imigrant come third and fourth respectively.

Group favorites Buzzkill Esports managed to secure their number one spot by replicating the form of fish123, arguably their hardest opponent for this event. The team finished 7-0.

Demise came second in their group with a rough first game to Buzzkill Esports. However, they managed to bounce back and dominated in the rest of their games by not letting a single opponent reach double digits.

-BEANZ and The Giant Squid come third and fourth to round out the group.

Third seed DarkSpawn Gaming continue the impressive form of the top-seeded teams by finishing undefeated in the group stages.

However, fifteenth seed Operation Aesthetics managed to overcome both 72Virgins and John Howard by finishing second in the group, beating both John Howard and 72Virgins, two teams which were both higher seeds.

To finish the group, the aforementioned John Howard and 72Virgins came third and fourth.

This group is finalized with Bulldog Esports as the number one, winning all 7 games. Therefore, the first, second, third, and fourth seed finish the group stage without losing a single match.

Coming second is Project X, the sixteenth seed of the tournament. They managed to overcome both SCUZZERZZ and Cat Trust, beating both these teams and then losing to Bulldog Esports.

Third and fourth place is rounded out by SCUZZERZZ and Getting Grouped.

The Upper bracket for the next stage is as follows: 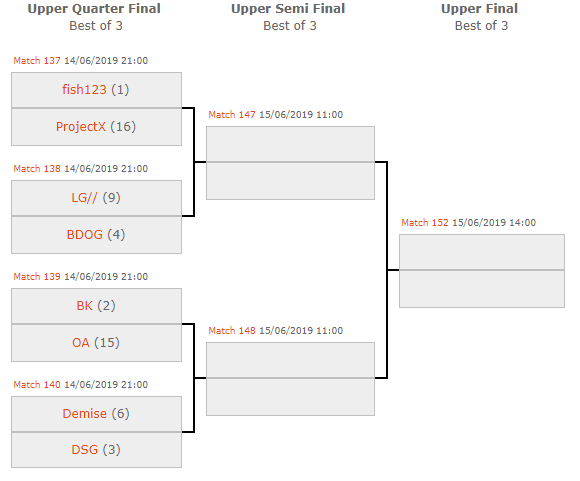 The first lower bracket matches for the next stage is as follows: 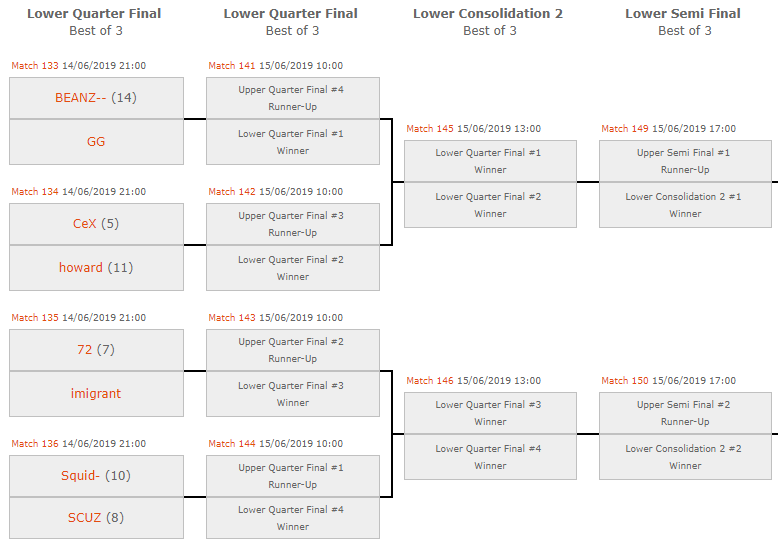 The action is live now from twitch.tv/epiclan1. To keep up to date with everything EpicLAN and UKCSGO make sure to follow us at @UKCSGO.