It is early doors in the CS:GO Tournament at insomnia58, but like all iSeries events, there is always shit loads of drama. At insomnia56, Team ROCCAT were sent packing in the group stages. At the same event, TLR.eSports (the OnlineBOTs side) stream sniped their opposition. At insomnia57, there were numerous upsets throughout the group stage with the then onscreenlol mix team being sent packing at the group stage, whilst the controversy later hit in the Elimination stages when Ionic managed to get a map lead over Perilous’s mix team of big names before finally succumbing the next morning to the side. This event however, we see a rather peculiar scenario in play. For those unaware, there is an Italian team seeded 13th/16th (as a share of 8 teams) and the Romanian CS:GO team XPC.gg who are seeded 5th.

They had to play none other than Ashley “ashhh” Battye’s team, also for those who haven’t been around for a while, Ashley has been in an array of teams from Ministry Of Darkness, to Perilous Gaming, and more recently he was with Team uFrag. He is a particular stickler for minor details at LAN events, a brilliant fragger and good strategy caller, he has led a team of nobodies to the most pleasant of surprising wins over the fifth seeded team of XPC.gg in the Group Stage.

Of course, a lot has happened in recent months in specifically the UK CS:GO Scene. After Ben “krby” Kirby decided to open the floodgates to potential cheaters by looking for Platinum Cheats, he was swiftly banned from competing at insomnia58 around a lot of controversy. This was quickly followed a week later by Joe “Joee” Leigh who was caught by ESL’s own Anti-Cheat, ESL Wire, in a massive scandal that shocked the entire scene. He too was banned from competing at iSeries events, and subsequently has been banned from epic.LAN events along with Ben. 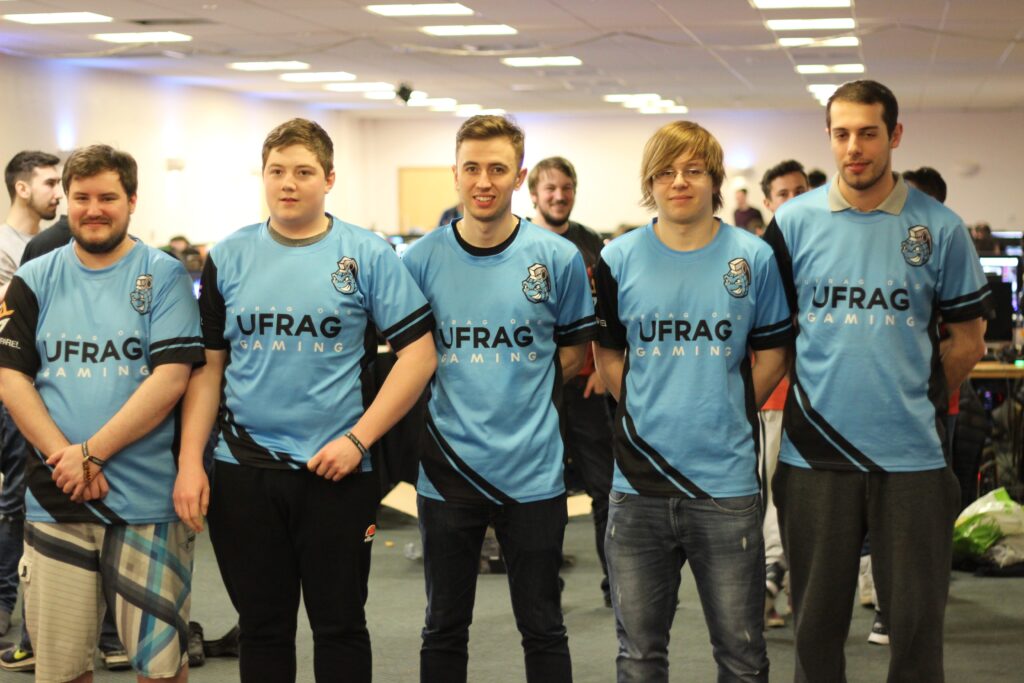 During that time, iSeries has been looking at various ways to step up their anti-cheat system at their LAN events with the addition for insomnia58 of Easy Anti-Cheat, and a more stringent Cheating Policy in force regarding VAC Bans, and other things. Whilst it isn’t more commonly known, one of the current policies that has been in place since Jon “ViciousHorizion” Kelly arrived in the admin chair, was that POVs were absolutely necessary. If you didn’t record, then you can be at risk for being defaulted by opponents. It is not something that is ever really been in play in the many events, however it has been known to happen. Back in the i30’s SourceTV demo’s were deemed adequate enough to review any cheating claims, as many should remember the classic case of Fnatic CS Source team accusing Good Looking Gamers of cheating back at insomnia38. However, because GOTV’s were 32 tick demos when CS:GO came around, they have often been deemed unreliable to catch cheaters.

Ashley and his team called eBGaming_ managed to beat XPC.gg 16:12 on de_cache and whilst they enjoyed beating one of the Top 8 seeds at LAN, the Romanians were absolutely disgusted and turned to finding a way of getting it overturned. It should be noted that both Dominic “domm” Sulcas & Ryan “doxx” Young played extremely well in the win over XPC.gg. As a piece of context provided by Ash, domm was set to be playing in the Fabien “kioShiMa” Fiey mix team at the event before being dropped the week prior to insomnia58, so there is some pretty good talent in this eBGaming_ side.

Due to the nature that one team only gets through the groups, this meant that XPC.gg would need eBGaming_ to lose to someone else and hope they could squeak through somewhere. They soon ran to the admin team and asked for POVs from three of the eBGaming_ guys, of which the eBGaming_ guys simply replied and gave them only two of the three requested. This sparked a furious outrage as lead admin Jon “ViciousHorizion” Kelly had very little wiggle room when debating with a rule set that clearly points out that all five team members should record their POV demos for the entirety of the match.

Rule in Question for those who want clarification (Sourced from Battlefy):

Full FOV demos are required to be recorded for every game. The inability to provide a demo from any of the 5 players to the admin for analysis if requested WILL result in a forfeit for that match. Screenshots are required to prove a result. If one team does not have evidence to support a claim then the issue will not be taken further.

Since our initial tweet broke earlier, Ash and the guys have asked for the full five POVs from the Romanian team, to which they have supplied all of them. This could be a lengthy process but we believe a default win will be awarded to XPC.gg later on once the dust has settled. It’s a classic case of reminding you that rules are there to be adhered to and failure to do so would mean some tears along the way despite the efforts of the guys who seriously proved they deserved a seed.

Dale “AzuuraD” Jackson, one of the admins for Counter-Strike at insomnia58 has confirmed to us that XPC.gg have offered to REPLAY the entire match instead of going for the default win. This will now be played at the END of the current group stage.

We are live at the event taking photos, doing interviews, and bringing you lots of coverage to keep you upto date on insomnia58 so make sure you stay tuned to UKCSGO.com over the next few days for full event coverage and photos. You can follow us on Twitter or like our Facebook page for all the daily news from insomnia58.

wpDiscuz
17
0
Would love your thoughts, please comment.x
()
x
| Reply
You are going to send email to
Move Comment