Following on from the previous interview with old timers CbYd, we’ve now looked to a younger team, with a mark to make on the event. We spoke to Kyle “Swaggy” Wilson, the newest member of the Fierce esports lineup. The roster he is now representing is no stranger to the scene, previously playing under the tag Royals in the highest level of UK competition.

Kyle started his LAN career at epic17 when he was 14 years of age. At that point, he was in a team called Black Dragons, where it was formed mostly of friends. They finished bottom of the group with 6 losses and didn’t go through to the Elimination stage. However, it really kicked the competitiveness edge into Kyle. After that point he moved around the block a bit before finally reaching a point with nerdRage where he teamed up with TotunG, naet, Zulu and milk. However nerdRage called it quits before it really became a thing earlier this year.

After a short search for Kyle, he ended up joining Bulldog Esports reuniting with TotunG. Unfortunately despite that team being known for a few achievements, they didn’t achieve much in the grand scheme of things and later went on a different path.

However, it seems that Kyle has managed to find a suitable team that he is happy with and therefore he feels comfortable in challenging some of the UK’s elite at insomnia63 this weekend, called Fierce esports. He has joined up with Tautvydas “HyPe” Paldavicius who formerly played under uFrag back in the day before moving to European lineups. Along with Tautvydas, we see Jack “kpíz” Pragnell who came second at insomnia62 with Ferarri Peakers, in the team, so there seems to be some firepower within the side, and a potential to be challenging for the Top 4 – 8 teams at insomnia63.

So, how do you feel the team is progressing going into LAN, with a roster change just before attending?

Since joining Fierce Esports the team is coming along really well; we’re starting to play strongly as a team and just keep getting better every day. We’ve been playing in qualifiers and praccing every chance we get and are doing everything possible to enhance our performance at I63. I think that my team mate em1n will be the main talking point of the team due to his performances online, and if he continues it at LAN then everyone will be talking about him.

And how is the mood in the team feeling currently?

We all bounce off of each other really well and get along. The mood is always really light and joyful, which is something that many teams can struggle with. Hype in particular brings great vibes to the team and always knows to make everyone smile. We’re all super excited to attend I63 under Fierce Esports with our recently finalised list of sponsors AMD, GameMax, ASUS ROG, BullGuard and AOC Gaming.

This insomnia has a much larger prizepool than the norm, attracting a better quality of competition at the event. How do you feel playing in this environment.

I’m really looking forward to playing the European competition, especially with the likes of Fnatic Academy and Space Jam attending. It will be great for the UK competitive scene and for us to see how we weigh up against these teams. This really is a step in the right direction for both UK events and teams allowing them to play vs the talent in the EU in a LAN environment. 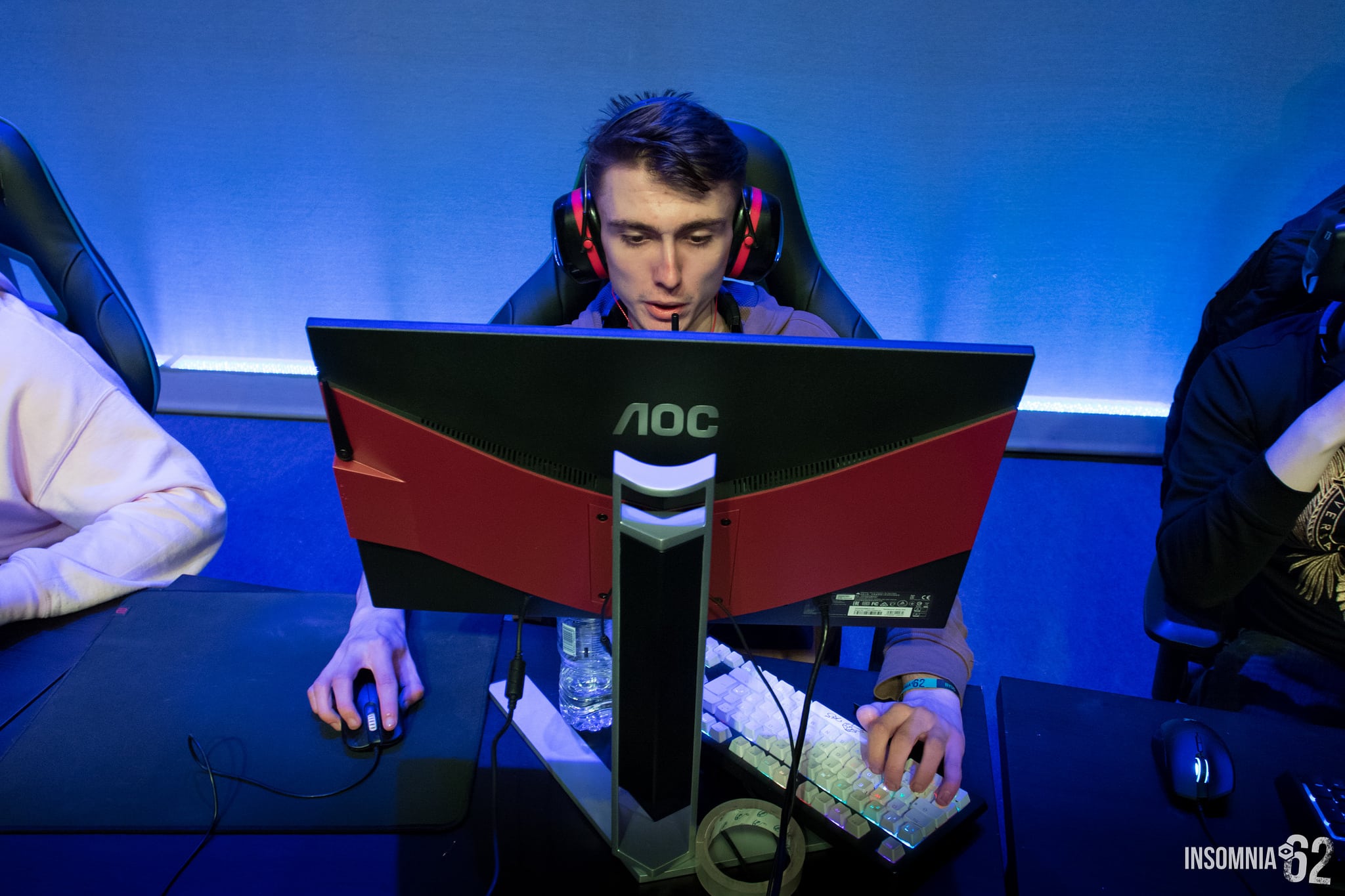 With the LAN only a week away, how have you been preparing personally?

Personally I’ve been putting in a lot of hours into playing with the likes of FaceIt. I think individually I’ve slotted into the Fierce Esports line-up very well and can’t wait for everyone at the event to see what we can do.

With your addition to the team, your former teammate TotunG came with you as a coach. Even though he won’t be attending the event, how has he helped the team so far?

TotunG’s addition is immense, his work outside the game is insane and the way he helps find our flaws and problems is like no other – I can tell the work he put into IGLing has helped him with his coaching and I think that his addition to the team will really impact where we finish – even if he isn’t at the event, but I can tell for future events; online and offline; he will play a very big part in how well we do.

We asked new coach TotunG on how he thinks his team will do at the event, and going into the future, he had this to comment:

I’d like to mention that the potential on the Fierce Esports lineup is extremely high. There are no weak players, so with my help and time, there’s no telling how far they can go in both the UK and EU.

Royals had been looking for an organisation to represent for a while, how have you found your time with fierce so far?

Honestly, Fierce Esports have been amazing so far! With the switch of players a week before the event, they have been very helpful and very hands on. With our recent care package from Fierce Esports & ASUS, I couldn’t be happier. I’m really looking forward to my future with the new organisation.

Is this going to be the first LAN of many for the team?

Right now we’ve been so focused on Insomnia, we’re just ready to show people what we’ve got and to continue from there. From how we’ve been performing so far, the only way is up.

Fierce esports lineup is as follows:

Jack “kpíz” Pragnell
Kyle “Swaggy” Wilson
Faizan “fzaN” Ali
Said Emin “em1n” Majrbekov
Tautvydas “HyPe” Paldavicius
We will be having more interviews over the coming days with a variety of teams, so make sure you keep in touch with UKCSGO in the run up and during insomnia63 through our Facebook & Twitter pages.
csgoinsomnia63InterviewswaggyUK Scene
0 comment 0 FacebookTwitterWhatsappEmail