Since we announced that insomnia63 would have a whopping £30,000 up for grabs last month, there has always been a question mark on how many teams would get paid prize money through the expanded prize pool. In normal iSeries events, the prize pool would be distributed to the Top 8, and everyone else would just suffer, however we can reveal new information to the public on how many teams will get paid this time round and with what money.

Insomnia63 is merely 10 days away, and we will be increasing our coverage (hopefully) to match the increased prize pool at the event. The insomnia prize pool has often been criticised by me and various others. However, the CS:GO community in the UK simply cannot shy away from the fact that GAME have upped the stakes for insomnia63 and decided to go all out with the biggest prize pool we have seen for Counter-Strike ever at the event. No longer are the days where teams can simply say “there isn’t enough investment in the scene”. There is now more than enough money, with both ESL Premiership, epic.LAN CS:GO Championship powered by Grosvenor Casinos and UKMasters all going on around the same time. Not to mention the OMEN By HP UK Open that has a lot of money on offer too.

UKCSGO can reveal exclusively the amount of money on offer at insomnia63 and to how many teams: 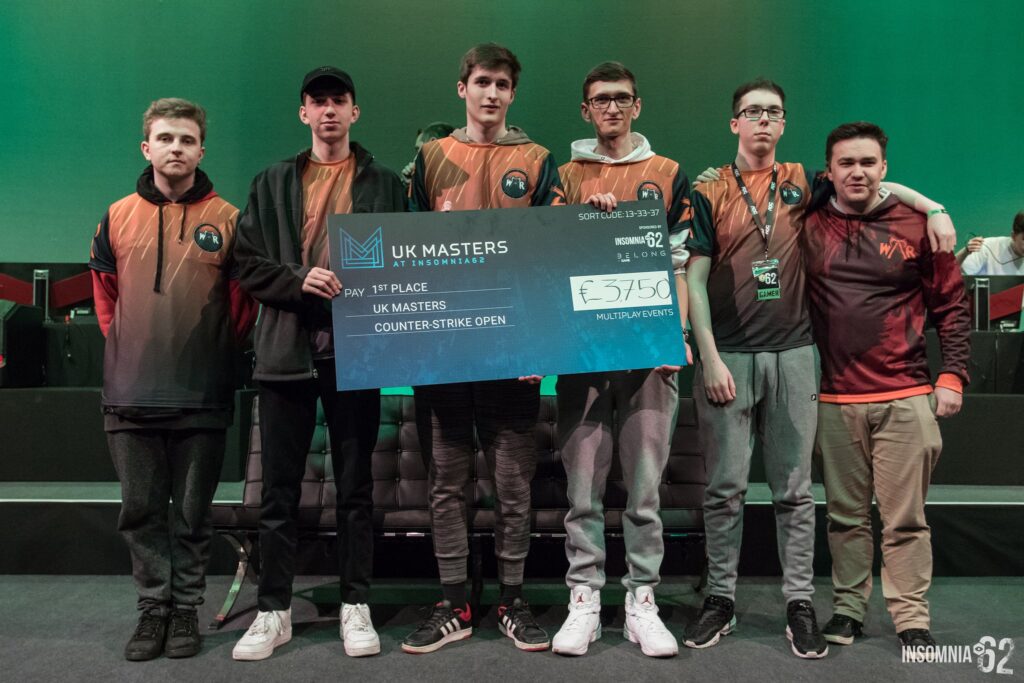 Wind And Rain are current reigning champions of UK Masters. Who will take the title at insomnia63? (Credit: IGFestUK Flickr)

Currently at the time of writing, there are SIX confirmed teams for insomnia63 signed up, with FIVE more in pending mode. Some worrying signs considering the Top 16 places will get paid this time round. Some of which will have substantial money which sees a big shift in how insomnia events work, and more work being put in at grass roots level.

We don’t have any official information regarding format, but an unofficial source told us that it is likely to be Swiss into Best-Of-Three Single Elimination. To answer questions around how the Top 16 get paid this event, the number of teams going through to the elimination bracket is dependent on how many teams sign up, but 9th below will be decided through the Intermediate Tournament which everyone outside of the Top 8 will be allowed to enter. To sign up to the tournament, assuming you have your Bring Your Own Computer Tickets, then head to the Battlefy website, by clicking here:

We know that the qualified teams from the original qualifiers are as follows:

We will have some form of coverage going into the event, if there are any teams that the general audience want us to interview in the coming days, then please get in touch and we can try to arrange it. Please look out for my Mega thread too which will be going up on the UK CS:GO Subreddit (reddit.com/r/csgouk) where people can organise teams and lifts through there as an easier way to connect with people.

With everything going on, why not make sure you keep up to date with the UKCSGO website, through our Twitter & Facebook pages, so that you keep clued up on the UK Counter-Strike scene.