PhoenixUK the esports talk show created by Tom “Gumpster” Gumbleton returns on Sunday evening on the epic.LAN Twitch channel and will be talking over insomnia60, the recent ECS Finals announcement, and will feature a select panel and a variety of guests. The show was founded early last year as part of epic.LAN’s Stream Team project. For a few months last year, it was an incredibly successful show that provided the UK esports scene a talk show that covered a wide variety of talking points.

After a return back in February to talk about epic.TWENTY in greater detail, we had to cover the largest LAN event in the UK which is hosted by Multiplay. It is only fitting that we return this Sunday evening to give you some greater insights into what should go down at insomnia60. We will also partly cover the recent ECS Finals announcement in which it will be held at Wembley Arena in London in June. Of course, we will have plenty of stuff to talk about and give you our thoughts on the UK esports scene going forward.

With insomnia60 around the corner, and much debating to be had in the scene, on Sunday evening, for three full unadulterated hours, you wonderful people will be subject to the monotone voice of Tom “Gumpster” Gumbleton, and a panel quickly whipped up in the last week or so. We will be covering, insomnia60 in great detail going over the various teams who could win the event, and the form guide of some of the teams at the event. There will also be three interviews as well, with teams and players from the CS:GO Scene, as we shed the light on lesser known individuals in the scene. 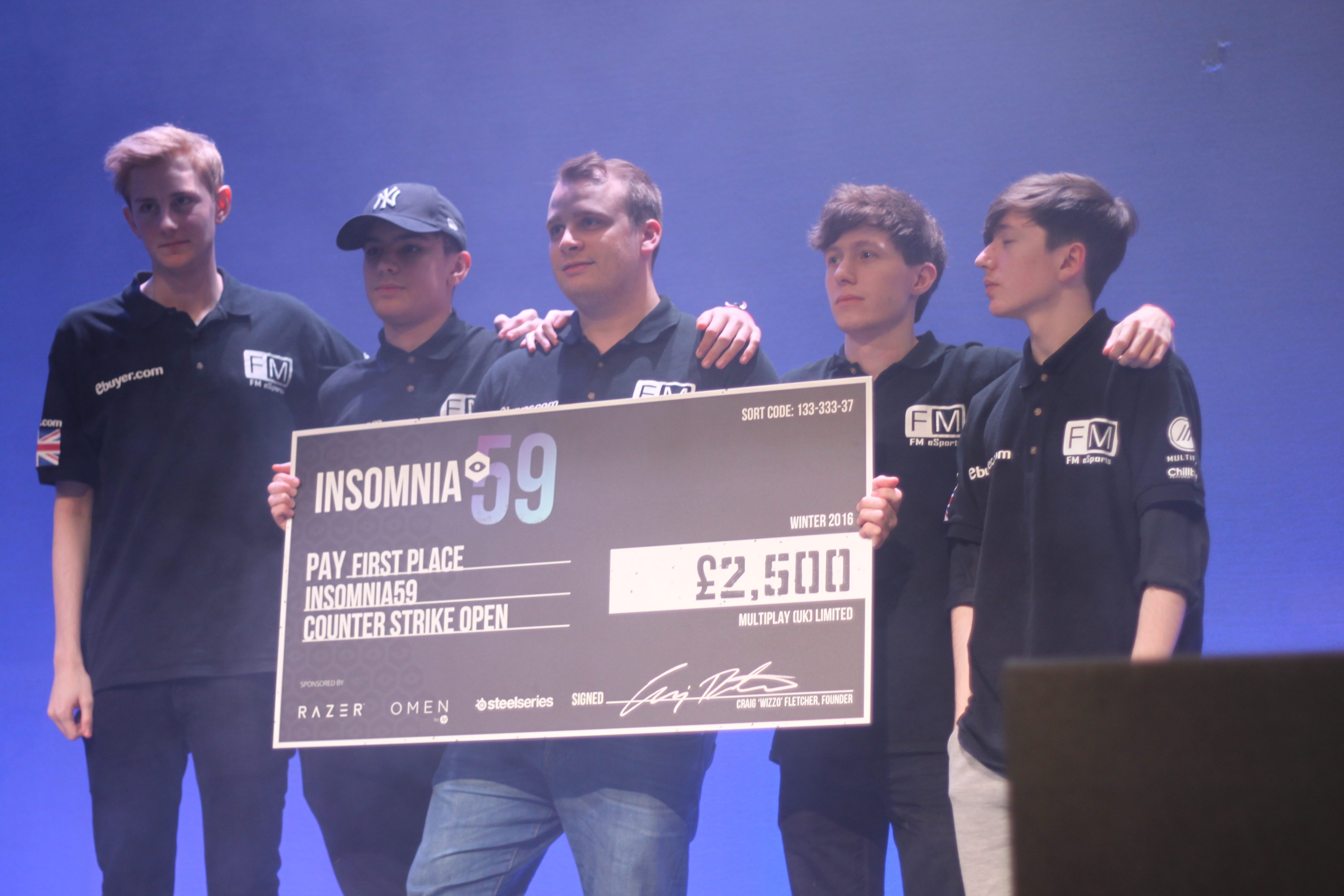 The guests will be open to questions from the public, either through our dedicated hash tag on Twitter (#PhoenixUK) or on Twitch chat for the duration of the show. Our panel this week returns with Elliott “Sed” Brown who stems from Team uFrag and has a vast knowledge of the UK Esports landscape currently, with his current “Meet The Scene” videos ongoing, Sed makes the panel more interesting with his ability of detailed questions. We also have various familiar faces such as Ryan “Flakes” Oliver, Michael “Duck” Moriarty, to fulfill your needs of an esports chat show around insomnia60 next weekend.
In the background will be Jamie “SwitchBladeJay” Martin who will help produce the stream in Jordan’s absence, someone you may know from UK CS:GO events, and someone who will end up chipping in with the panel discussions that go on.

If the show is deemed successful, we will try to continue this in a new format and on a slightly different day depending on schedules from various members in the community.

You can tune into PhoenixUK on Sunday evening on the epic.LAN Twitch Stream, don’t forget to get involved too through Twitch chat and through the hashtag #PhoenixUK on Twitter. If you do miss the show, you can re-watch on the epic.LAN YouTube Channel. Some parts maybe used during the epic.TWENTY Streams through the course of the weekend.

FACEIT bring the ECS Season 3 Finals back to the UK