The plot thickens with VATIC

Last night’s drama should be no secret to anyone that frequents the UK CSGO Scene Facebook page. For those who don’t, the short version of events is Matt Litherland, someone who is becoming fast renowned for taking private matters to the public’s attention via Facebook, posted a call to arms. He urged people who knew Dudley “Dudley” Morris to contact him in order to pass on a message. The message was to stop ignoring VATIC management and that the Xtrfy equipment they were given for epicLAN needed to be returned.

This rather unusual way of getting someone’s attention, and the detail that was given didn’t sit easy with some of the community, and so a firework show of name calling and meme creation started. In the midst of all this drama and excitement, the VATIC website was shut down along with a short Tweet, “Thanks to all for your support vatic.eu” This lead people to the conclusion that Matt had decided enough was enough, and was closing down VATIC despite the recent announcements of a store opening. 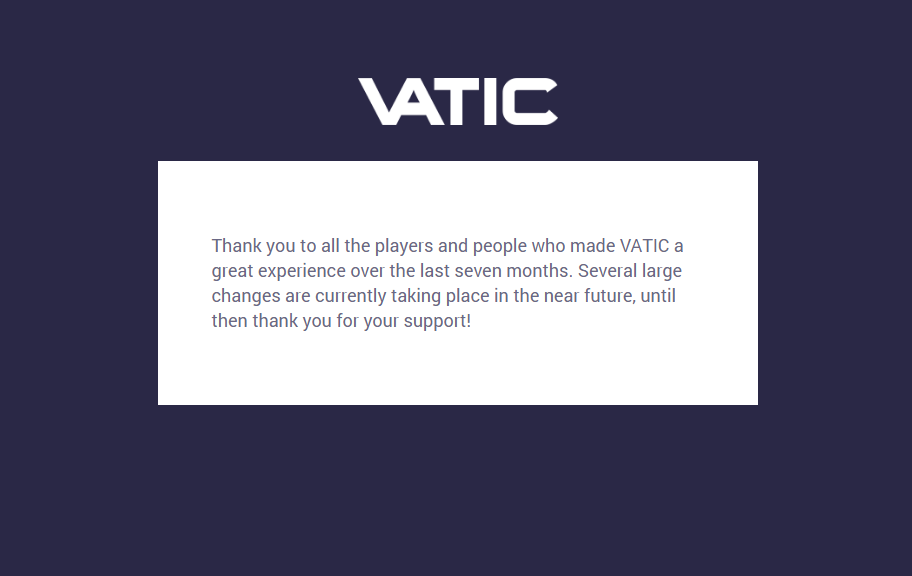 However, that is apparently not the case. According to Matt’s partner in crime, Mark “Crossy” Cross, the website shut down had been planned for “about 2 weeks” and that they are working on a number of things behind the scenes. It is a mystery what these things are, as Mark was playing his cards very close to his chest. While it is a massive coincidence that this drama and the website shutdown happened at the same time, I am keen to take Mark’s word on it as he seemed to know nothing about Matt’s actions the night before. Whatever plans are in motion, it seems pretty clear that we won’t be seeing a VATIC team at the upcoming iSeries, and we will have to sit tight on an announcement from them to find out what they have planned.

Another update to the County Championship

wpDiscuz
43
0
Would love your thoughts, please comment.x
()
x
| Reply
You are going to send email to