The BINMEN community are back at it with charity events, this time in the form of a quiz on Sunday 11th December.

The BINMEN have quickly become a notable name in the UK CS scene, setting up a community with an active Discord that has over 200 people continuously doing “high level” 10-mans, watch parties and charity events, both online and offline.

It was originally set up as a joke between friends, but now it is an inclusive community that constantly hosts fundraisers like the end-of-year quiz this coming Sunday.

With this being a week away, we encourage more teams to get involved!📣

Here is the breakdown of the different categories we will have through the quiz on the 11th, so if you think you have what it takes to win, get involved, all info needed is in the original tweet! 💚 https://t.co/9yL2z7nBwB pic.twitter.com/YmczHgPbfw

The quiz starts at 8pm GMT and will be consisting of four-player teams, with alcohol at the desk recommended. Each team will have to pay £20 for entry with all of the money raised going to Great Ormond Street. The BINMEN also supported this charity during i69 whereby they raised just over £2,000 with all the proceeds going to the Great Ormand Street Hospital Children’s Charity as a thank-you for all of the amazing work they do.

This is becoming the stable identity for The BINMEN, their aim is to separate their casting jobs or other professions to have a good time while making a community that is constantly committed to doing good for charity. If you tuned in to one of their many streams during i69, you would have seen that, for each donation goal, there were forfeits which they performed honourably. Most notably Ethan “Flowz“, who shaved off all his hair when they reached the £1,500 mark.

A promise is a promise. @EthanFl0wZ has finally gone through with his statement that if we raised over £1,500 for @GOSHCharity he would get his head shaved, and so it has been done.

Here's a before and after ♻️
What do we think of Binman's new look? pic.twitter.com/UQjTKXzaPz

Raising money for charity is something they always wanted to do, as Joshua “Dweg” Nathan said in an interview with UKCSGO;

Now with this growing community they have, The BINMEN are able to do such things while creating a really wholesome group that consistently supports charity.

This furthered a point Ryan “Retr00” Bernard made to UKCSGO in an interview; “The BINMEN are always going to be a group of friends playing CS:GO in matching jerseys, having fun while doing something good alongside it”. This coming weekend will be another showcase of it and, with their sizable community becoming increasingly involved with charities, it clears a pathway for others to try and follow in their pursuit. 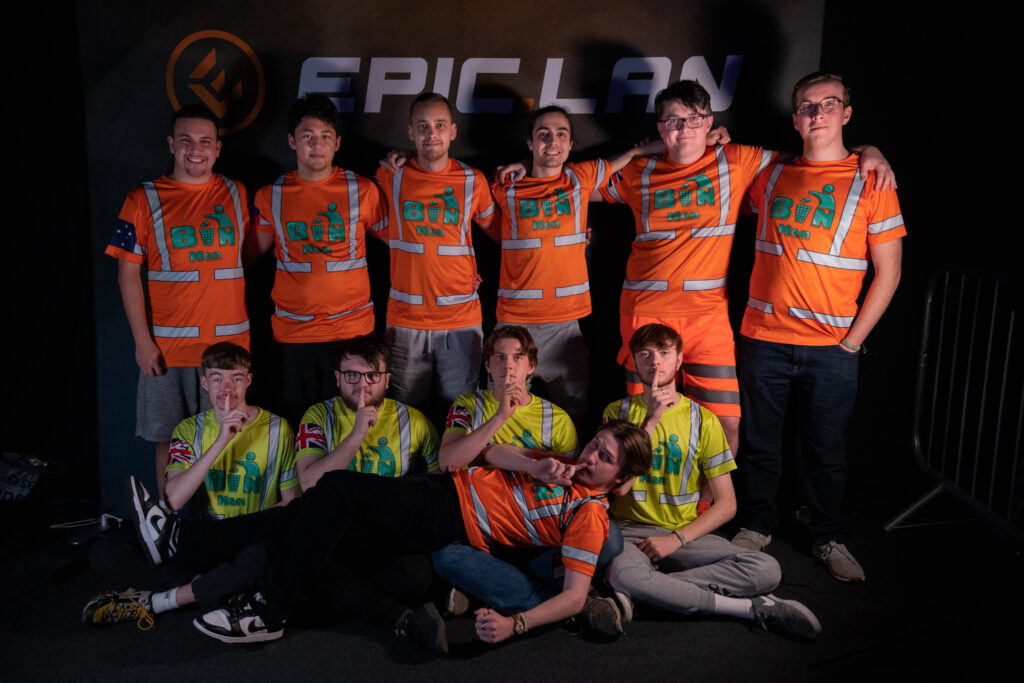