We are now into Week Four of UK Masters, the penultimate week before we see which four teams will head into the playoffs. It has seriously been heating up in UK Masters, with teams pushing each other for some big results. With eight teams in action, there has been plenty of action, drama and folds to keep the UK Scene entertained. Those eight teams will be swallowed up and chewed out until we find four teams to head into the playoffs, once the playoffs conclude, two teams will stand, with their places confirmed at Multiplay’s insomnia60 for the finals, and they will then play for the giant’s share of £15,000.

Last week, we saw some rather intriguing results. Despite the rumours being true, that exceL eSports after recruiting Owen “smooya” Butterfield, had seen their team crumble like a pie, they had completely folded, they did manage to put up some what of a fight against mix team fish123 losing over two maps but making it close in the scores. Current reigning champions fm-eSports managed to secure a vital victory against Imperial, with two equally close maps in that series.

On the Wednesday, it was the biggest twist of the season as Team Infused who claimed they were “out of practice” managed to secure a massive 2:0 victory over reforming Team Endpoint, one that Ian and co really couldn’t find any answers to, and despite some great performances from Alex “Snodz” Byfield in the two maps, they struggled to get the map needed to secure a tie. Meanwhile Team CeX were left lusting for an important victory to take them off the bottom, as they ended up drawing with a team who continue to draw this season, newly found Team XENEX.

Thursday saw only one match go ahead as folded exceL eSports couldn’t “field a team” against Team CeX which saw CeX find their first victory of the season. Infused couldn’t continue their winning form from Wednesday and ended up losing in an entertaining second map against Jake “jakem” McCausland’s Team Imperial which went to overtime. It meant they ended up with a draw as the final match of the week concluded.

It leaves fish123 clear leaders currently with Endpoint sitting three points behind them. A point behind Endpoint, is current reigning champions fm-eSports, who do have a slight advantage as they have a series in hand over Endpoint that if they were to win, would put them two points clear of Endpoint. Infused & Imperial are tied on five points, which means either side needs some vital wins to secure their Top 4 place. Team CeX & Team XENEX are next on the list with four points each, whilst exceL eSports who should be considered a dead team now, are routed at the bottom of the table with just the one point so far.

XENEX have made roster changes since last week. Does this mean the roster will fare better this week?

With all the shuffling of rosters outside of any potential locks, and the league still in play currently, it leaves our panel scratching their heads on how they can possibly predict the matches going forward, but they will certainly try. Here is all the information you need including rosters (that we know currently), last week’s results, current standings and our panel’s results. You can read the previous prediction articles in the following links. 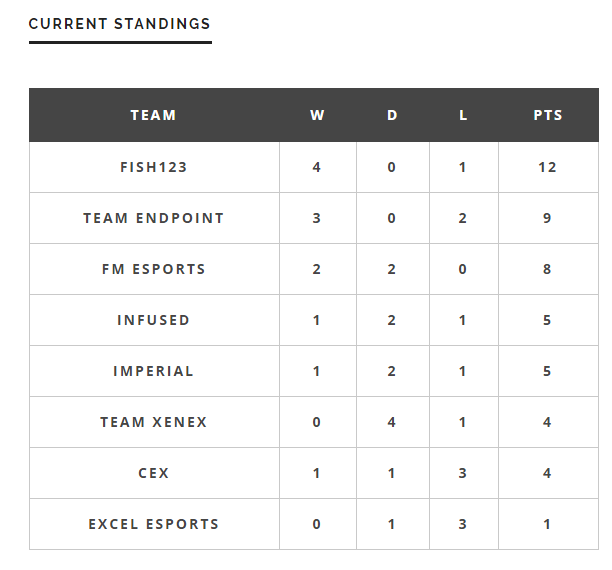 With FM performing strongly over the past few months, and their form not letting up to this week of games, they’re easy favourites to take out CeX. With CeX not winning a game, barring the default from exceL, their position isn’t that strong. FM will be looking to take a win to place themselves in a strong play-offs position to make their way to the finals at i60.

With fish still being an extremely strong side, topping the current table as well, they have an obvious edge over XENEX. However with the change XENEX have made to their IGL, they’ll still be consolidating their tactics. But they should still be able to craft a draw from this matchup.

Endpoint are easily the stronger side, but still getting used to their new players. Assuming they don’t make some minor slip-ups, they’ll have another win in the bag here.

As we’re still not sure exceL will show up, or the lineup they’ll have, it’s a difficult game to predict. With Infused brining in Pickles recently they’ve got more firepower to use against exceL. But, assuming exceL turn up, it’ll be a draw. 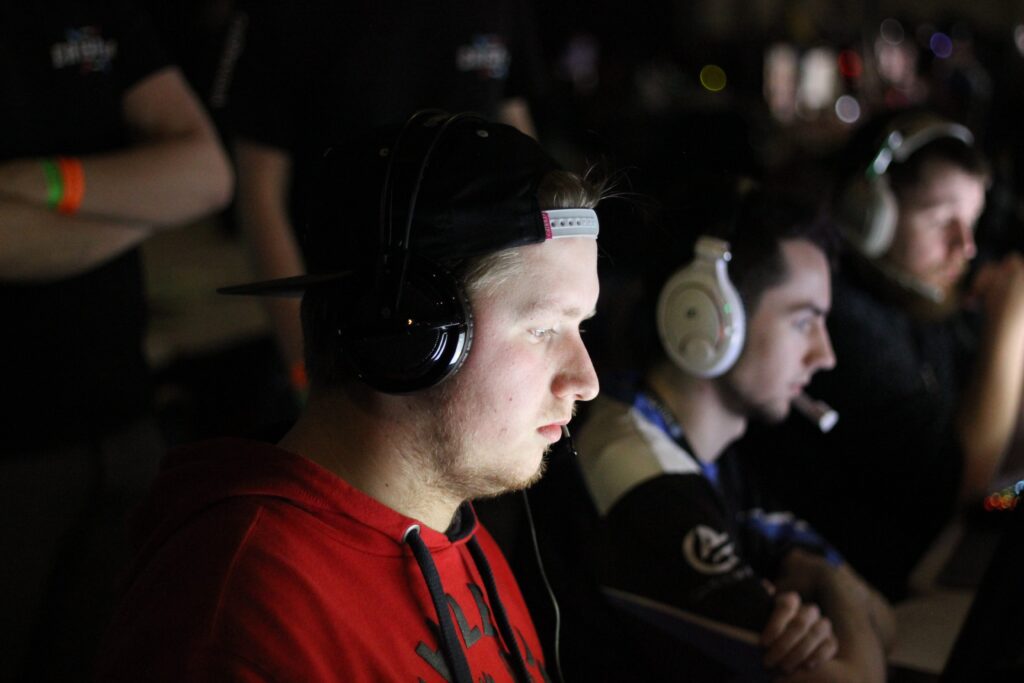 Will Shaney and co be able to get Top 4 this season? Answers on a postcard please.

There are no Thursday matches this week, which means Callum gets a week off from predicting. However next week, Callum will return to predict the final week of matches alongside Michael & Ryan, before we head to playoffs.

Don’t forget you can visit the UK Masters hub to keep an eye on all fixtures and live tables of the event on a weekly basis, which you can find over at Multiplay’s mini website, by clicking on this relevant link.

Want to re-live the action from previous weeks, go and check out Multiplay’s Youtube channel, where you can catch all the VoDs from this season here.