Valve have tonight pushed out a post Major update, which is minor in the grand scheme of things but has introduced a new meta to the game. Counter-Strike for it’s entire history has featured one rather important map, it is actually world famous, and has an ever lasting legacy in the gaming circles for being not only fun, but incredibly balanced. It is of course, de_dust2, over the years we have seen many many great matches and great moments on dust2. Be it, ScreaM’s 1v4 clutch against fm-eSports at insomnia45, or Team X Vs NiP in 2013, it has historic pedigree.

However, Valve after much teasing (the ELEAGUE content video on the history of Counter-Strike) have decided to remove dust2 from the Active Map Pool and re-introduce de_inferno. It’s now becoming a bit of a staple to play with the map pool after certain Majors in CS:GO, after the shambles back in 2014 with introducing de_cbble & de_overpass a few weeks ahead of a Major and telling teams to lump it, they have started moving towards a much more sensible map rotation which happens after the first Major of each year. 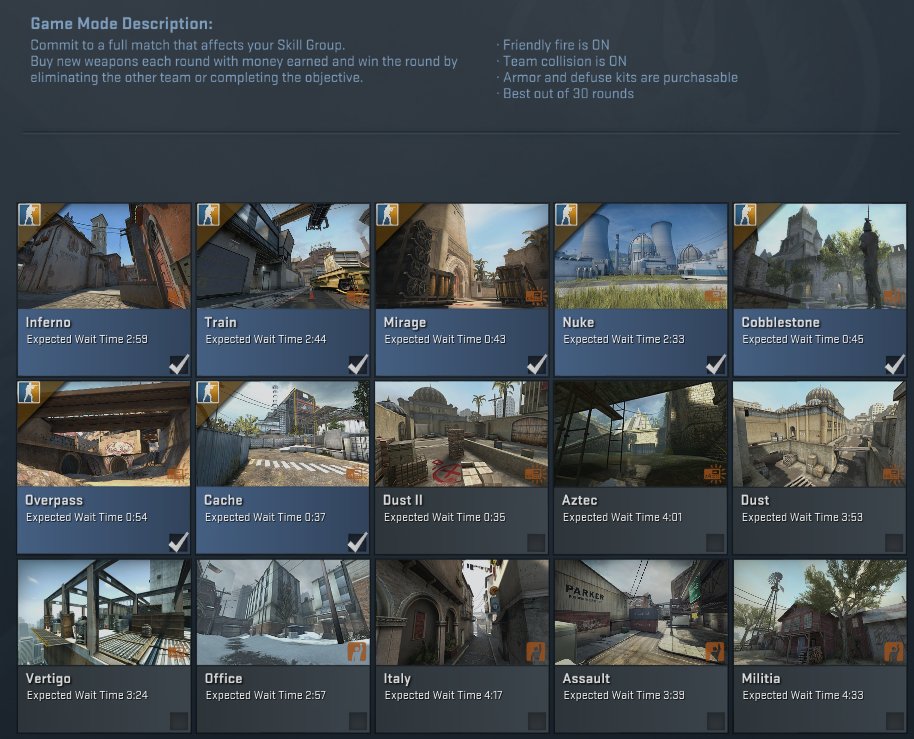 The decision to drop de_dust2 will cause a few teams (especially those here in the UK) to actually re-think their own map pools, and may help ease the “mix factor” that we tend to see here in the UK, with dust2 heroes being a common theme. However we may see a little more variety going into future LAN events.

For reference there was also some other minor fixes to other maps including cobblestone, overpass & train, mostly around areas where the bomb could get stuck. For event organisers there was an additional cvar added, which allows them to display the “Best Of Map Series”, ie helping spectators seeing whether it is a Best-Of-3 or a Best-Of-Five series.

Here is the full list of changes from the CS:GO Blog:

[MISC]
– By default, players can now apply graffiti quickly by pressing and releasing the graffiti menu key. This can be disabled from the graffiti menu via checkbox. To alleviate any initial confusion from this change, we added one extra charge to all unsealed graffiti.
– Optimized water materials used in Inferno, Nuke and Aztec maps.
– Added convars mp_teamscore_max, mp_teamscore_1, mp_teamscore_2 to display best of N maps series in the spectator UI.

[MAPS]
– Dust2
— Fixed various spots where C4 could get stuck

– Cobblestone
— Made cubby near bottom of platform stairs in Bombsite B deeper
— Smoothed out movement around B ramp and dropdown room
— Fixed various spots where C4 could get stuck (Thanks Residents_evil!)
— Fixed some surfaces playing the wrong footstep sounds

– Train
— Fixed various spots where C4 could get stuck

Valve also brought out another minor blog to give some more context to their decision, and to tell you that Casual also features a dust2 only map pool.

In the wake of the ELEAGUE Major (congratulations Astralis!), we’re making a change to the map pool: Inferno has returned to Active Duty, replacing Dust II, and will be featured at the next CS:GO Major. As in the past, the updated Active Duty pool is automatically selected when you enter Matchmaking.*

And in Casual and Deathmatch game modes, it’s now a bit easier to play your favorite maps. Map groups have been separated into additional categories: Active Duty, Hostage, Reserves, and Dust II.

For those teams heading to epic.TWENTY in a couple of weeks time, there will be NO change to the previous map pool in place, dust2 will be added after the conclusion of our February event. Simply put, I feel it is far too close to the event to change, and it would be detrimental to the overall tournament if we were to change maps.

Map Pool will be as follows:

The map pool will change after epic.TWENTY, so for our June event, it will be reflected as the current map pool as of tonight’s update.