As the WESG Europe qualifiers for the UK, Iceland and Ireland (titled “Britain and Iceland”) kick off… soon, here’s a preview of who’s set to damage the opposition. Everyone is competing for a spot at the WESG European finals in Barcelona over the 22nd-26th November. It’s worth noting that this lies in a break of the Gfinity Elite Series S2, so Endpoint and Method can safely compete.

The format is similar to that of last year’s tournament, where you have to compete as a team of just one nationality. This means for teams like Endpoint and Method, they’ll have to bring in replacements for their foreign stars. The qualifier also allows the single champion of the qualifier to go through to the finals in Barcelona. The games are set to be played as Best-of-ones up until the semi-finals where it’ll convert to a Best-of-three, which will be played on the Friday.

All in all, thirteen teams signed-up to play in this qualifier, nine from the UK and four from Iceland. The teams set to compete in the qualifier are as follows:

With a range of skills competing this year, it’s all more or less up for grabs. In terms of the replacements, Method have picked up Owen “smooya” to replace the Dutch Joey “CRUC1AL” Steusel. Over at Team Endpoint, they bring in Alex “ALEX” McMeekin over from Team-LDLC and draft up Thomas “Thomas” Utting from their subs bench to replace Dion “FASHR” Derksen and Yannick “yNc” van Boven. For exceL, Brandon “weber” Weber comes in to replace Conor “conoR” McCool. There’s just the one notable mix coming out this time, in the form of “washedup”, where two of CeX join up with players who were recently dropped from their teams. Over in Iceland the CAZ team appears to be split between two of their sides, seven and rockstar, with the latter taking four of the players.

As last year, the bracket’s going to be a tad top heavy once again. The UK scene loves to talk seeds and, well, this is probably one to have a contentious argument over during the length of this qualifier. 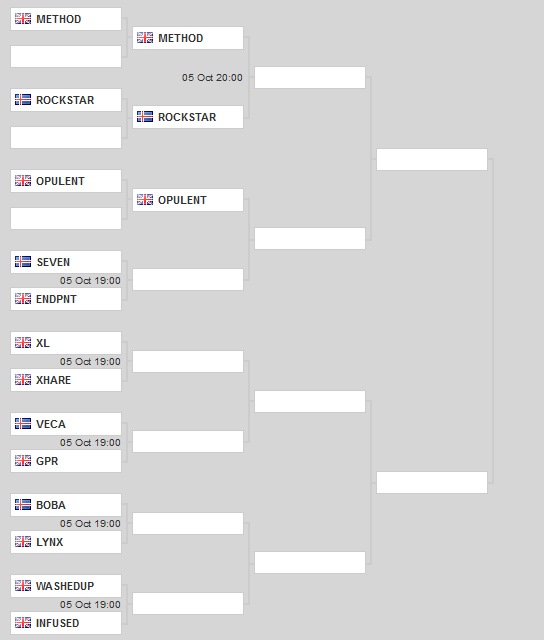 The probably top-heavy WESG bracket. This’ll be a fun one guys.

We’ll keep an eye out and update when this tournament is complete. Streams of games are currently unknown, as are access to GOTV IPs, but we will update as and where they’re available.

wpDiscuz
5
0
Would love your thoughts, please comment.x
()
x
| Reply
You are going to send email to
Move Comment