It’s the Grand Final of the insomnia56 CS:GO tournament, with drama and upsets galore during this tournament it’s set to be an exciting end to this exciting tournament. CAZ have a 1 map advantage from coming into the final from the upper bracket in this Best of Five game.

The first map was Inferno, and CeX came out of the gate going hard and fast straight into the pistol round taking it. The second round wasn’t as plain sailing for the CeX team, as CAZ manage to take a few of their players out but it was saved by Surreal in the round behind. CeX picked up the following round as CAZ were in a full eco, making it a good 0-3 start. The fourth round was a good start for CAZ, dropping two of the attacking CeX players defending the site, but Surreal and Resu did work getting into the A site. However a retake from Jakem and r0m taking out the two defending players allowed CAZ to notch up their first gun round. However CeX didn’t lie down. CINDER picking up a P90 allowing himself to get 3 kills off the bat, before finishing the round out at 1-4. CAZ then go into a couple ecos, the second only bar upgraded pistols, but this didn’t stop r0m and Dephh from taking out three of the CeX lineup between them, and recovering a weapon. CAZ then go into a buy but still CeX come through, taking out the majority of the A defence allowing them to go straight in and win the round – 1-7. After a pause is called for CAZ, they do good work defending the A site, but some CeX players come in, and CAZ managed to perform a retake on site, taking out the defending players on site but then Surreal came around doing work, pulling out the Tec-9 killing the defusing keita and then jakem at the end. Not looking good for CAZ, they lose another round saving some weapons but they were thrown into an eco, losing that and a 1-10 score.

Once again CeX get to a site, but with keita defending they was some defending blocking the team getting in whole however with a clutch from Surreal – doing proper work for the CeX team – saving the round at 1-11. Finally CAZ come back, with a semi-buy allowing them to get some kills in, with jakem hiding down the side picking two crisp headshots to start it off, giving them a second round for 2-11. However CeX don’t stop, once again picking up the win against CAZ, as well as the final round of the half finishing the half 2-13. The second half starts up with a bang, CAZ pushing hard into the A site during the pistol, with dephh and r0m knocking out the defence moving into the site allowing them to plant. CAZ then pick up the next two rounds allowing them to a 5-13 score in an attempt to regain composure. CeX raised eyebrows in the round following round with kARMApangYa picking up an Auto-Sniper, without doing much work with it leaving CAZ to win the round so it became 6-14. However it was a strange return, CeX then eco’d, with only some pistols bough, but as CAZ moved into Banana they cleared the team away, with dephh eventually falling in apps to win the round. CeX then won the round afterwards rather quickly bringing it to match point as well as sending CAZ to an eco. But by then it was all over – CeX won Inferno 6-16 equalling the series at 1-1. 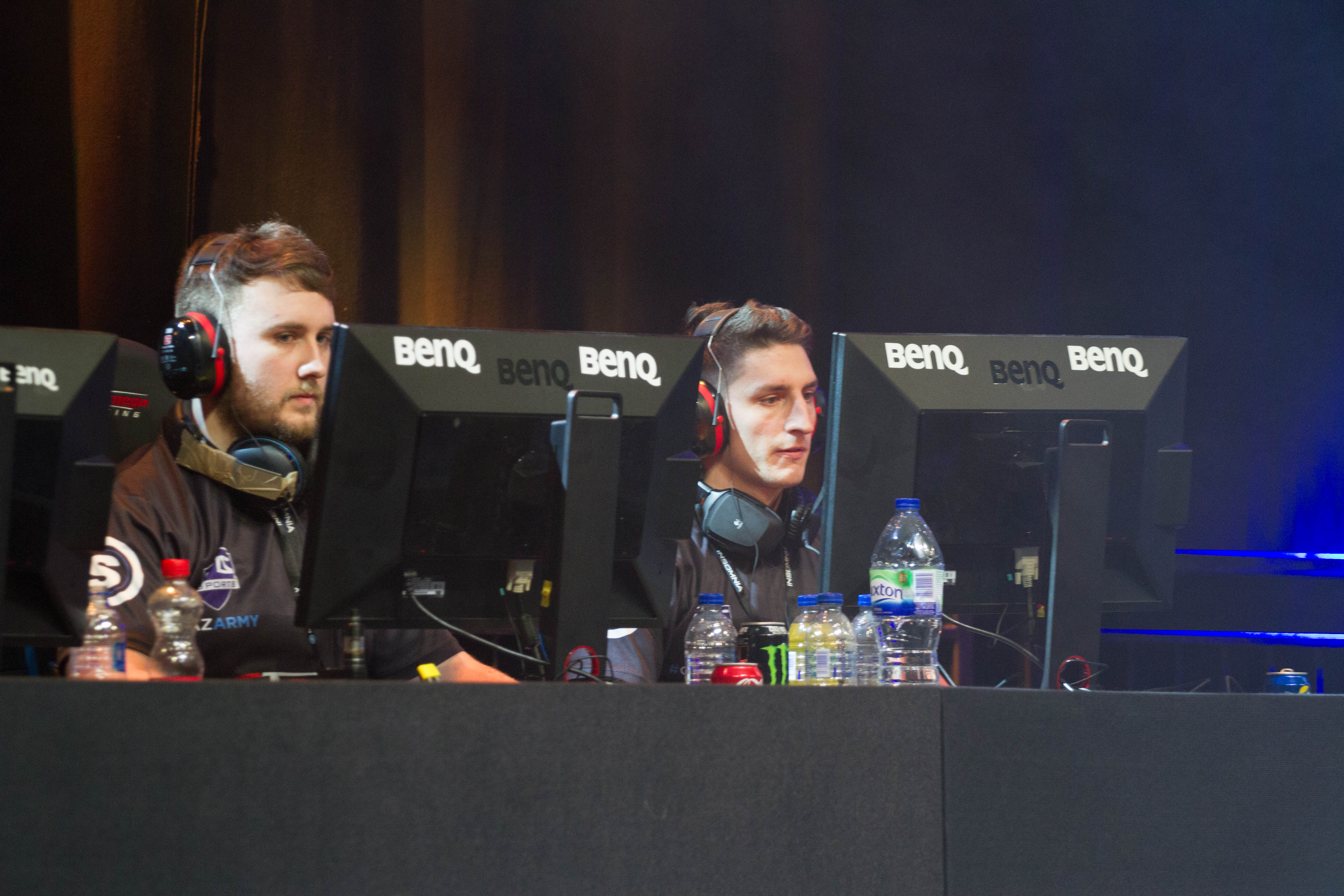 The second map would be Dust 2, where CAZ would start their well known favoured Terrorist side. They start in going hard, knocking straight up A Long heading onto the A site, planting and stopping CeX from defusing the bomb. CAZ pick up the following two rounds, as they had forced through an eco. CeX manage to full buy, but once again CAZ manage to push the entirety of CeX out of the A site and plant. CAZ the shake it up a bit moving onto the B site, showing they’re as dominant there as on the A site bringing them to a 6-0 lead. CeX finally avoid what some had worried, and pick up a round after stopping CAZ from moving onto sites. CeX pick up another round, retaking A site after CAZ pushed onto it quite hard. CAZ then forcebuy a couple times but still achieve nothing, leaving the score to 6-4.

CAZ finally manage to take a couple rounds back furthering, their lead to 8-4, before CeX halt CAZ’s advance into the B site limiting the deficit down, 8-5. CAZ then return straight away picking up that round and the final of the half to give them a 10-5 lead. Pistol round comes in and CAZ halt the bomb being planted on B site, as well as picking up the following two rounds giving them a solid 13-5 lead. CeX manage a buy but CAZ’s hold stands firm on the B site, stopping them from pouring into the site, causing their opponents to eco and picking up that round as well. CeX then buy as much as they can as CAZ were on match point, but it wasn’t to happen. Dephh with a magnificent 4k stopping CeX getting to the A site and ending out the map 16-5, giving them a series lead at 2-1. 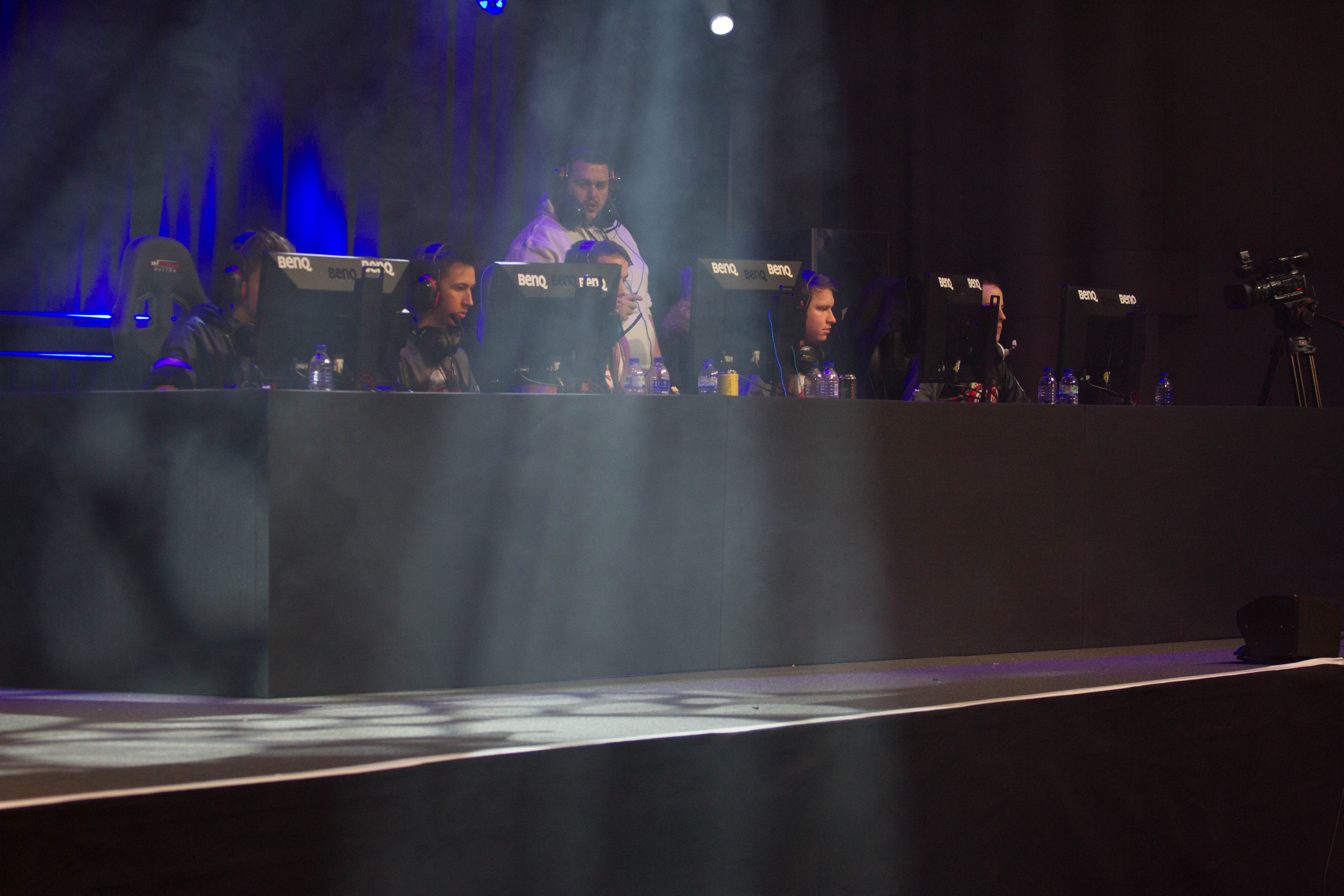 With the past maps being one sided, it’s all quite interesting for the third map, Mirage. CeX start on the CT side and they take the pistol round, beating CAZ to the punch. They then pick up the following two rounds, giving them a 0-3 lead. CAZ then buy up and manage to pick up a fair number of kills along the board, and Dephh looked close to clutching the game but kARMA used his Auto-Sniper to stop him from claiming victory. With CeX now at 0-5 up, would CAZ be able to secure any rounds this half? Not just yet, as CeX pick up the next round. CAZ then manage to force up a buy and manage to wrestle a round out from the clutches of CeX, also claiming kARMA’s Auto. This didn’t work out for them, as CAZ then get demolished by CeX in the following round, as if the first map was repeating itself as CeX go 1-8 up.

The next couple rounds go equally in favour of CeX, before CAZ finally pick up another round to give themselves more of a chance at 2-10. CeX go hard again and manage to pick up the next three rounds, allowing them to go 2-13 up in the half. The pistol round comes through, with CeX taking it giving them a lead that should be near impossible to scale, even if Dephh takes out most of the CeX side at the end of the map. It finishes 2-16 to CeX, evening out the series once again at 2-2. 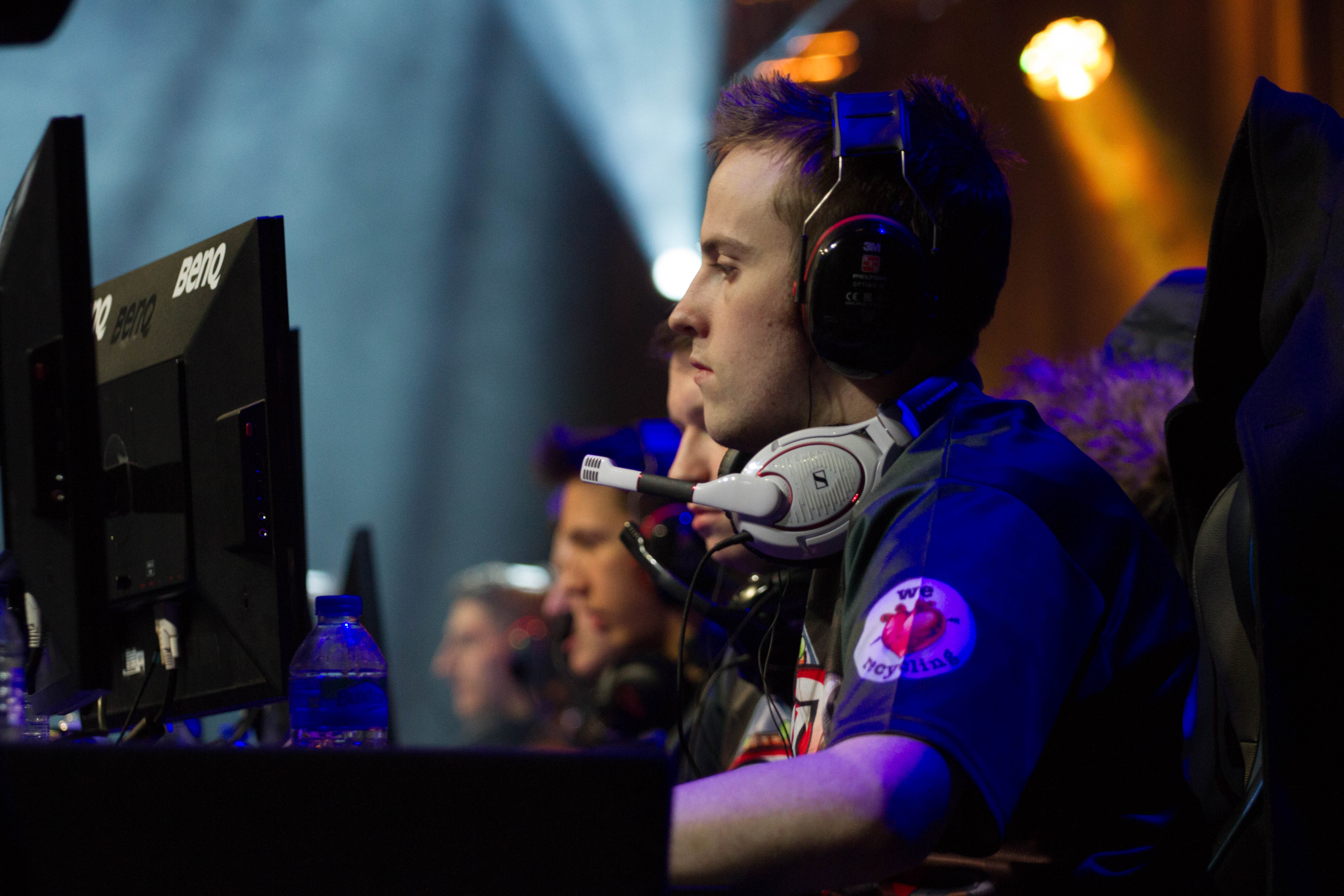 The final map will be Overpass, with the game being within the grasp of everyone it’s a wonder about where it would go next. CeX starts the CT side where Resu manages to lurk and get a cheeky frag at the start and try to keep the game under control, but CAZ plant the bomb up on A site and manage to keep control of the game. The third round was a change, and CINDER manages to clutch the game for the CT side, as they had managed to buy after eco’ing the first rounds. It was 2-1 so far in the game and even with CeX causing a TK onto Surreal, they still manage to claim the round to even it up 2-2. CeX pick up the next round after causing CAZ to eco, but CAZ immediately fought back to equal it 3-3 again. A mixed buy from the two teams cause this to be a close round, but CAZ push some players to the A site to distract, before going into the B site to plant and win their next round. They pick up the following two rounds making it 5-3, before a mad round where it moves to B site, with CAZ losing the bomb to a shot and being unable to plant, some wonderful work from Surreal.

CeX move on and pick up the next couple rounds to make it 5-5, before CeX taking all of CAZ out but not being able to defuse in time, thanks to Dephh doing a bit of lurking in smoke. CAZ pick up the next two rounds bringing them to a 8-5 score sending CeX to an eco. CAZ continue their form for another round before CeX take the final round of the half to take a lead of 9-6. The pistol was won by a wonderful move by CAZ, moving onto the B site after CeX playing, with Keita dropping onto the bomb as others fell around him, defusing it dead on the spot. The next round was picked up by CAZ before CeX managing to buy up rifles to take the next round, giving us a score of 11-7. This being the closest game of the series so far, it got slightly closer as CeX went on to pick up the next four rounds, including CAZ’s buy, equalling it to 11-11.  CAZ manage another buy and then pick up another round after wonderful moves around the B bomb-site to get a sweet defuse just before the end. CAZ didn’t manage to move on with this form, as they ended up losing the next two rounds to CeX. At 12-13 it’s getting close to the end, CeX get it up to 12-14 forcing CAZ to an eco, with CAZ seemingly hedging their bets on Overtime as they go to 12-15. CAZ stack the site perfectly, prepared for the go but it was so close to CeX taking it, before a defence from Dephh helped bring along another round for the game, 13-15. But it wasn’t to be, CeX take it in the final round and win the tournament, taking the £3,250 first prize, as well as the reported 100% bonus. 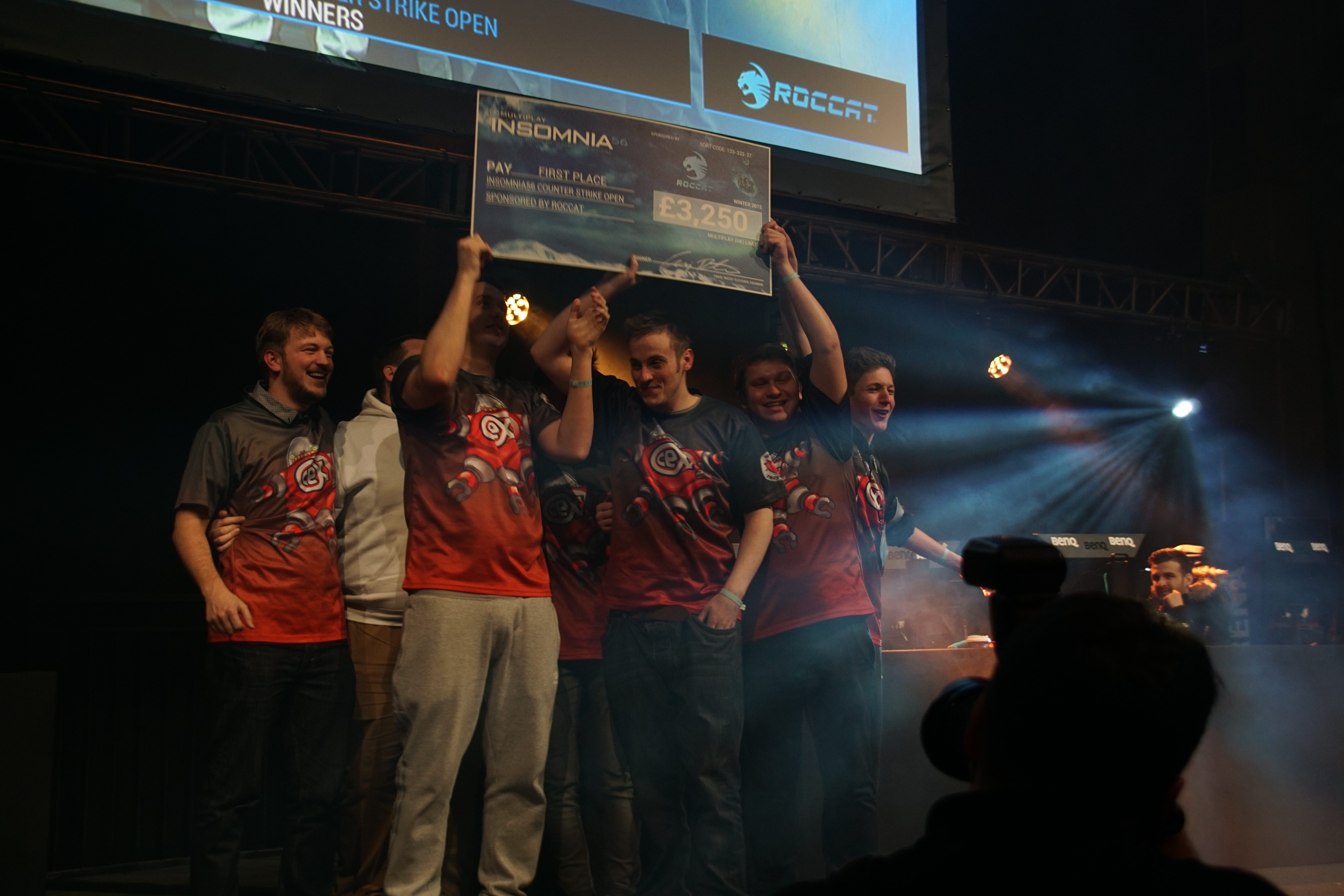 what a LAN this has been…

wpDiscuz
50
0
Would love your thoughts, please comment.x
()
x
| Reply
You are going to send email to
Move Comment