It’s been a brilliant weekend of non stop pulsating action from the CS:GO tournament at insomnia56. With lengthy delays, controversy, upsets galore, and numerous wtf moments, we have witnessed one of the most open iSeries tournaments in a very very long time. So difficult to predict (so much so we never did a preview because everyone was too scared to write one), so full of fun, and incredibly lengthy in nature.

If anything, it has been a fitting end to a year where over £50,000 has been awarded out in prize money to various UK teams. Let’s hope 2016 brings more carnage like this because it’s been enjoyable to keep tabs on, although disappointing not able to truly watch due to no GOTV throughout the event.

Day One saw the biggest surprise, Team ROCCAT were dismantled and thus exited at the Group Stages, by both uFrag and then DSK.eSports one after the other. This was after Rasta-Gaming were beaten in the group stage, and Monumentalis had come incredibly close to being dislodged from their seed. Despite the tournament delays though, everyone will remember the group stage exit of the Finns.

Day Two was similar to Day One, it was a late night which saw the biggest of issues arise, when TLR were accused of stream sniping during their game with CAZ eSports. Despite the players continued appeals of innocence, Head Admin, Jon “ViciousHorizion” Kelly ended up deciding not to DQ, but instead give them a set list of instructions to adhere to if they forfeit the final map between the two teams. They took it given the choices and ended up in the lower bracket. Again, upsets had began to pile up throughout the day, Monumentalis had defeated uFrag in the upper bracket, considering the run uFrag had throughout the tournament, this was a small surprise. That wasn’t it, because CAZ eSports sent fm-eSports down to the lower bracket with a three map thriller. It meant that the Lower bracket was getting incredibly congested with decent teams. AT-Gaming, the Benelux team managed to have a decent run throughout the tournament as they made Top 8 before being beaten by CeX. The biggest surprise to come was the fm-eSports match against uFrag, as Adam “adamxoxo” Rotherham, and Carl “Peggyyyyy” Kneale stuck the knife into fm-eSports and defeated them in three pulsating maps to send a few shock waves around the arena.

Adam “adamxoxo” Rotherham’s uFrag were the unsung heroes at insomnia56

The Final day started at an unholy hour this morning at around 8am, and the two teams, CeX and Team Infused had to be the ones who played for a chance to go up against TLR (onlineBOTS). After two maps, CeX managed to overcome Infused, and didn’t just overcome them, but beat them with dominance and discipline. Another upset made from this tournament, but could CeX manage to beat TLR to make the Grand Finals (it would be 2 from 2 considering the bulk of the team were Reason Gaming at epic.SIXTEEN). With TLR having a couple of hours extra sleep, one would wonder how “on it” in CS:GO they were. Well despite a rather close first map, TLR looked out of sorts, and that continued to spiral for them as they were sent packing by CeX in a 2:0 series. It meant that CeX made the Grand Finals and had to play CAZ eSports.

Another twist to the day wasn’t possible surely, but it was, CeX came out the floodgates, and stormed to a 16:6 win on de_inferno. However, with any team who hasn’t played for a little while, it does take a map to get going, and when you have a map advantage due to coming from the Upper Bracket, you have that luxury to warm up through the first map. In the second map, CAZ executed some incredible plays to see them win 16:5 on de_dust2, thus putting them 2:1 up in the series. It was the turn of de_mirage though, and it was a stomp. I’ve never seen something so bad in all my life, but Surreal once again was playing incredible, and dismantled CAZ round after round. They took the third map 16:2 and we then moved to de_overpass. In a tale of consistent UK Scene CS stories, it was nip and tuck, end to end stuff, with the occasional throw added into the mix. CAZ at times went from looking incredibly slick, to incredibly poor in the following round. Meanwhile despite the early round hick ups and mistakes from CeX, they eventually stabilized and played CS incredibly safe before making some cool and calm decisions to see them overcome CAZ eSports 16:13.

With that all said and done, here are your final standings from the Top 16, as we’ve been unable to keep any tabs on the Intermediate Tournament this time around. 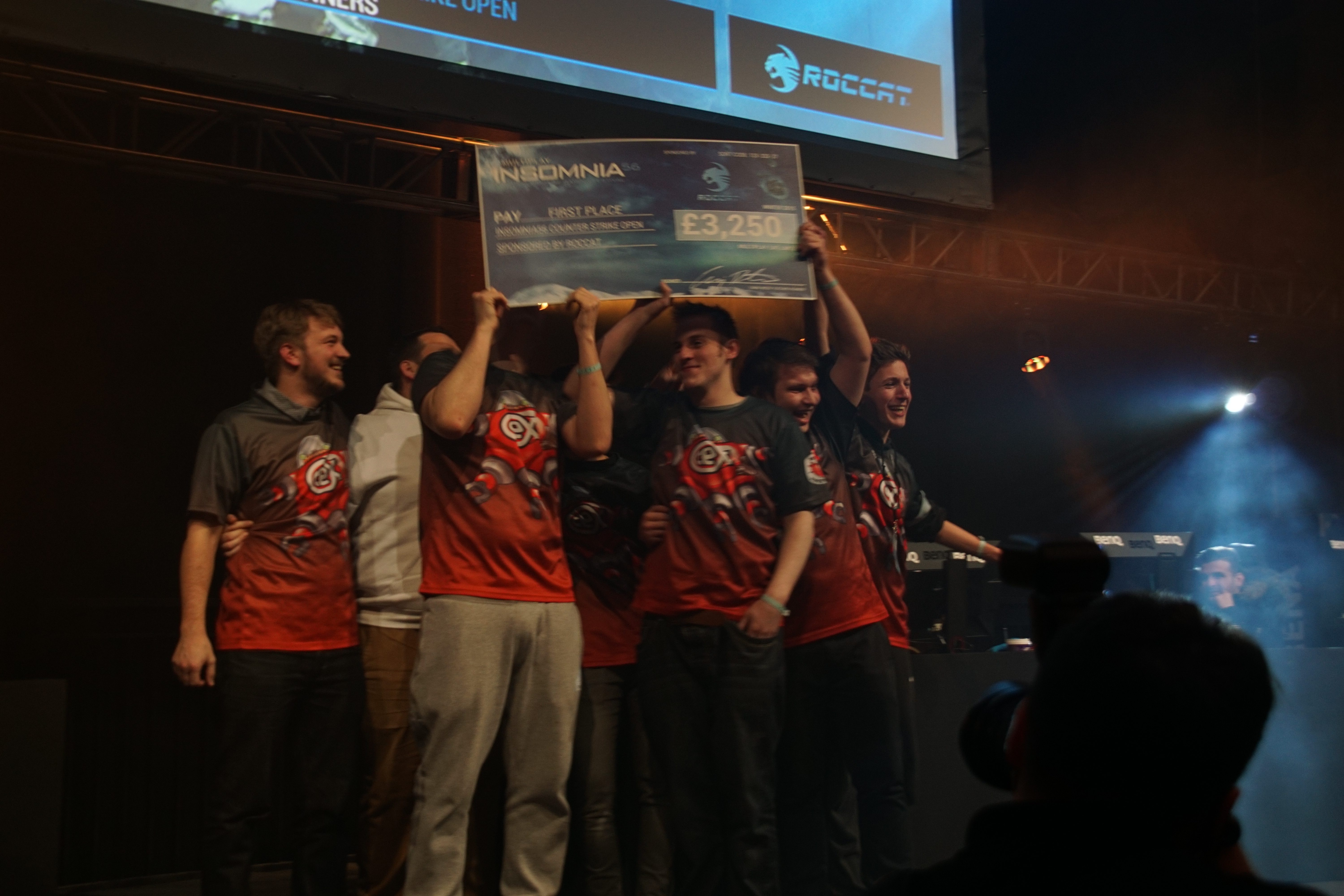 In the Intermediate Tournament, we can reveal that 2seXeh managed to win 2:0 against LANDslide in the Grand Final, to win tickets back to insomnia57 next year.

Hopefully everyone has enjoyed our coverage throughout this weekend, please make sure you follow us on Twitter and like us on Facebook to keep in the know with everything related to the UK CS:GO Scene.

After that brilliant weekend, next UK LAN event is epic.SEVENTEEN on the weekend of February 18th – 21st, you can still book tickets here, with only 126 tickets remaining, you won’t want to miss out on another weekend of glorious banter and incredible Counter-Strike.

wpDiscuz
34
0
Would love your thoughts, please comment.x
()
x
| Reply
You are going to send email to