The CS:GO Tournament has come to a climatic close. After three full days of compelling Counter-Strike action, it finally has come to the close. We finally get to see who wins the biggest share of £30,000 with some massive shocks, and some great underdog stories once again. This LAN takes us to the end of the Summer LAN run, with the Autumn and Winter LAN season nearly upon us.

On Friday, teams of all skill levels can only believe that they are capable of winning, and of course this provided some incredible entertainment throughout the Swiss Group stage. It seems like Swiss group stages are now becoming a familiar sight at an iSeries event and this was no different. Fourty four teams participated in the Swiss group stage, where sixteen teams would manage to make it through to the eliminations.

This insomnia would be the most interesting of LAN events in the UK for a little while. There was some international competition in the form of a European team (Fnatic Academy) and a Russian team (Team Unique). There were plenty of UK teams in attendance bulking the numbers (although I am working on an article right now around the lack of support here at insomnia63). There were also a lot of old faces back at an iSeries event too, with some who have not been seen since the Source days, so it would test their mettle and skill levels against some of the UK’s finest players.

We take a look at the three days of Counter-Strike action and the final standings of where all the teams placed. 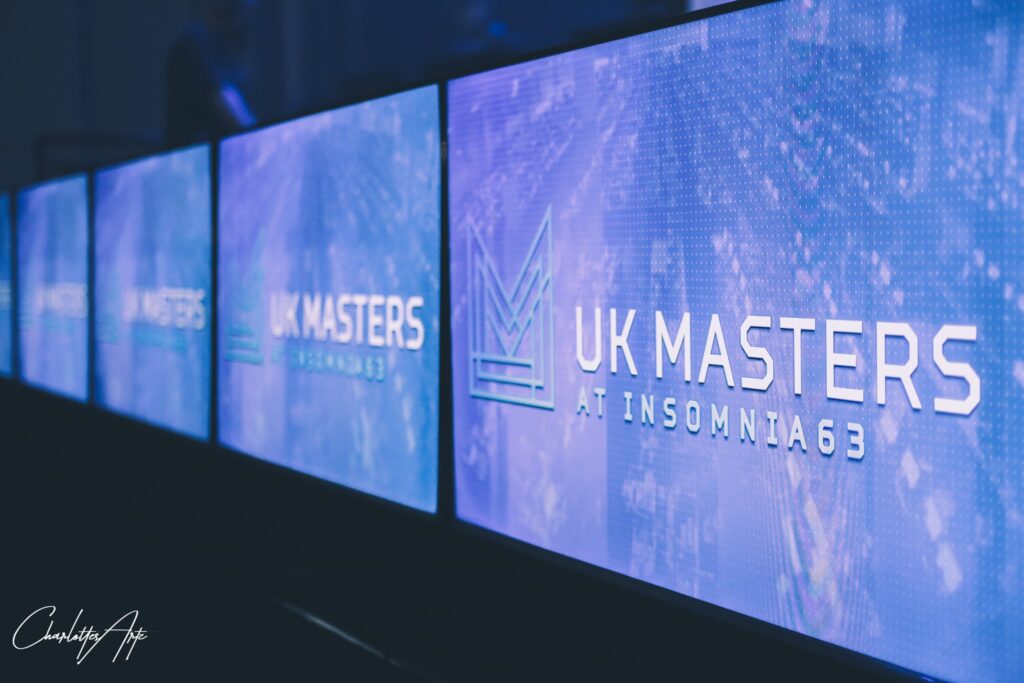 In traditional UK LAN fashion, the first day started later than expected, dubbed with a 11am start, it was clear early on that server problems had ensued. After three hours of the admins and the tech team behind the scenes tracking down the issues, the tournament was able to get underway. With it being Swiss, it meant that as the rounds progress, the better the games would be for everyone involved.

In the early stages of the Swiss group stage, it was Business 5 who were on the end of a bit a battle as Team MonkaS decided they would edge Business 5 really close in a 16:13 thriller. For the most part, the games were flowing thick and fast and were at least predictable with all the better teams managing to come out on top in their games. Round 3 saw a interesting match up with Fierce Esports taking on Fnatic Academy, once again it was a very tight affair, and Fnatic Academy managed to just squeeze past Fierce Esports 16:13 on de_train.

In Round 4, we finally saw a bit of a shock come in, as it was Rasta Gaming who squared up to Heads Down, Thumbs up in which they faced each other and Rasta ended up losing. In Round 5, it was our featured team Could Be Your Dad from our series of interviews who came to a defeat, with a 16:14 defeat at the hands of Devine Esports. In Round 6, Team Unique managed to secure top seed in the playoff bracket with a 16:11 win over Fnatic Academy. Meanwhile Business 5 suffered another defeat, this time at the hands of Fierce Esports who won 16:12.

For those at home who wanted to watch the LAN from afar, were unfortunately entertained by an offline screen on the main stream, and no GOTV relays for any of the matches which meant that if you wanted to keep an eye on the CS tournament, you were restricted to following scores through steam, or final results through organisation’s respective twitter accounts. For a £30,000 tournament, was a little disappointing for those at home in the UK cs scene who wanted to support through other ways. Day 2 saw the elimination stages kick off, and with that fifteen teams entered the elimination bracket which included all the usual suspects however we had some new faces with Mighty Luckers, Swing Daddy and a few other teams like Devious in there as surprise packages. Team Unique who had booked the top seed, got given a bye in the Round of 16, and thus didn’t have to play till later. Every single match in the Round of 16 ended up going with 2:0 results. Bare in mind, here that this was a single elimination bracket and therefore every team only had one life in the bracket stages.

In the quarter finals, the stream was finally put up after multiple technical issues, and we finally got coverage with Team Unique facing off against Cat345. It was a very dramatic match as confirmed by one of our articles below (A Unique drama?), where after the match had concluded, evidence had emerged showing Unique sniping information from HLTV regarding match info. It meant that they were defaulted one map, and we ended up playing a third map later on. Every one of the other quarter-finals went 2:0 once again. All the big hitters managed to make it through to Day 3, and would be squaring up in the Semi-Finals.

The Intermediate tournament kicked off, and with 25 teams involved, it was going to be an interesting tournament to follow. I should mention that back in the day (Source days), teams such as KillerInstincts were the Kings of the Intermediate tournament, so was nice to see them here once again competing. There was a slight difference to the Intermediate Tournament this event though which included the fact that there was an actual slice of the prize pool given to the tournament thus giving it some interestingly high stakes for all teams involved. It was simple, teams needed three wins to make it through to the elimination stages and join the 8 teams from the main tournament (making it a 32 team bracket).

Not many surprises happened in the group stages, and most of the usual teams managed to navigate safely through the Swiss group stage. It was Team monkaS who finished top of the pile though undefeated in five matches. 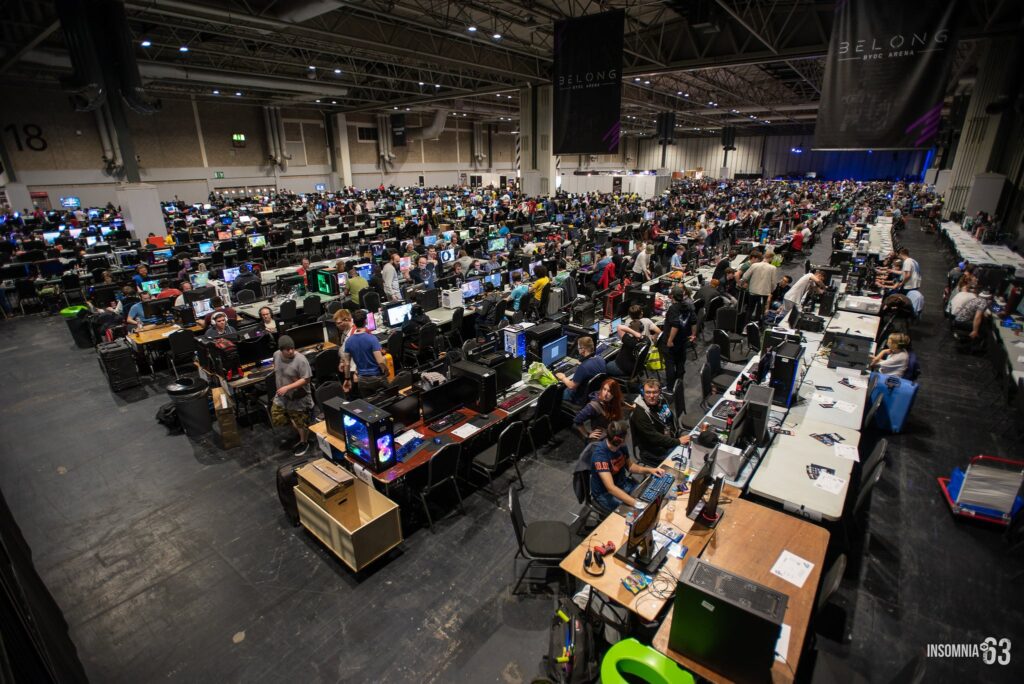 On Day 3, it was another day, and another set of the matches. This time, it was the Semi-Finals. It would be Buisness 5 Vs Fnatic Academy and Team Unique playing Team Endpoint. The Business 5 match was probably the better of the two matches as it went the distance. It took three maps for Business 5 to win the series, they managed to see off Fnatic Academy 16:11 on  de_overpass before losing 16:11 on de_train. They managed to recompose themselves and went on to win the series in emphatic fashion with a 16:7 win on de_inferno.

In the other semi-final, it was Team Endpoint who were ran incredibly close over two maps, but they managed to stop the Russian train in their tracks by beating them 16:13 on de_mirage and 16:11 on de_dust2. It was then decided that Team Endpoint would face Business 5 for the big share of £30,000 and the championship.

Meanwhile in the Intermediate Tournament, teams were steadily making progress, and it was once again Rasta who seemed to be on the end of a surprising upset, as Swing Daddy managed to take them out of the single elimination bracket. Monty and co managed to take out f00b and co in the quarter finals to set up a semi-final appearance with Chetz esports.

The Grand Final got underway and it was very very tight in map 1, de_overpass, with it being nip and tuck between the two sides. It finally ended with a 16:14 win going to Team Endpoint. In map 2, it was a little less close, and was incredibly messy for Team Endpoint as they gave away too many kills and too many advantages on their CT side to eventually lose 16:10 on de_inferno. The third map came around, and this was the momentum maker for either side if they could get the upper hand they would end up looking to take the championship. Team Endpoint looked in control with a 12:4 lead at one point before Business 5 managed to get back into the match to make a fight of it. Team Endpoint went on to win 16:14 in the end and secure a 2:1 lead. With Business looking a little bit defeated, Team Endpoint decided to up the anti and go on an all out offensive in Map 4, and thus it seemed too much for the Neil_M crew, as they succumbed to a 16:4 loss on de_mirage.

The Intermediate tournament continued, and it was Chetz Esports Vs Swing Daddy in the final which was a best of three. The maps were decided as de_train, de_mirage and de_dust2. However, it was Chetz Esports who got off to a flyer of a start with a 16:10 win on de_train. We unfortunately don’t have the second map score, but can confirm that Chetz managed to take map two to make it 2:0 in the final and land £1,250 for their efforts. 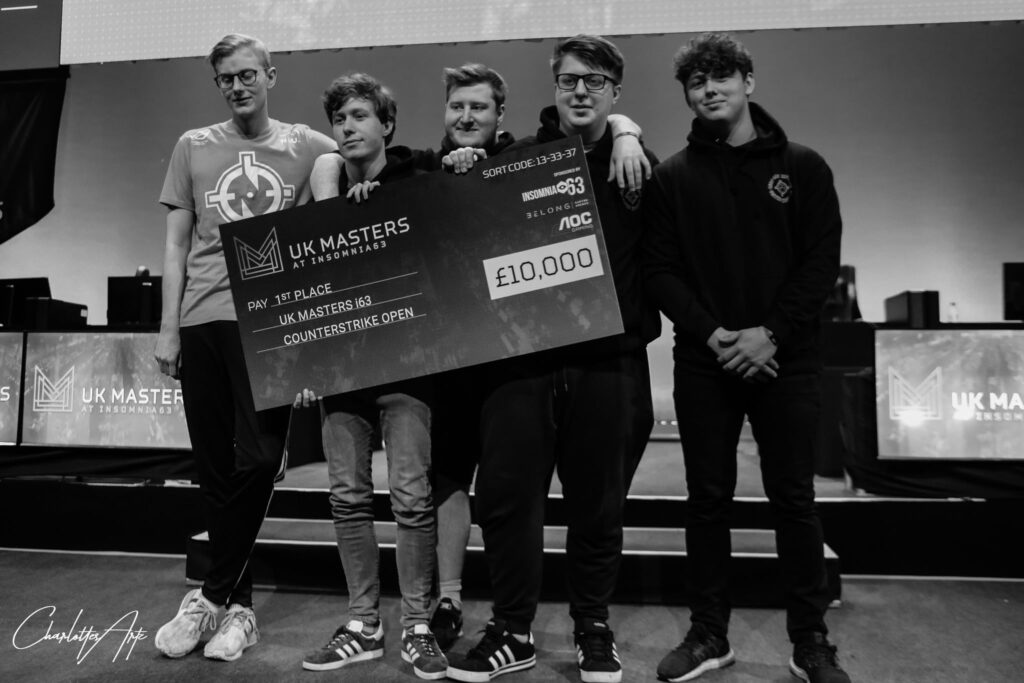 Insomnia63 : Have we fallen out of love with Counter-Strike?