The dust has barely even settled from insomnia56 over the weekend, and already several changes have officially taken place (or at least several potential players leaving/being given their notice). In one of the most competitive weekend’s, CeX overcame CAZ eSports in the Grand Final of insomnia56. Prior to that, Team ROCCAT had been dumped out of the group stages, and of course, fm-eSports finished in a dismal 7th/8th place. EZSKINS were questioned for their lack of attendance to insomnia56, although they cited that holidays were booked by two of their members.

Contrary to my last “gossip round-up” which came in the aftermath of i55, this time we have seen several tweets from the various members of teams that confirms who is leaving said teams.

In one of the most strangest insomnia events for a very very long time, we are now seeing what this means for the UK Scene. Throughout much of this year, there has been constantly teams battling it out, Team Infused, fm-eSports, EZSKINS, CAZ eSports in the latter stages of the year, and of course, CeX with some of the former Reason Gaming lads. Much like previous years there have been roster changes galore, but they’ve always been a constant throughout years of changes everyday. However the scene has settled down a bit this year, and confined itself to just after the big LANs, as we’ve had the implementation of ESL UK Premiership, and the final realisation that teams cannot get back into the European tournaments without making a name out there for event organisers to take a gamble.

It’s been a fun year this year to continually keep eyes peeled on many different teams trying to make the CS:GO Valve Majors, with both Team Infused & Choke Gaming (now fm-eSports) nearly making it to the ESL One Cologne Offline Qualifiers. Meanwhile EZSKINS has been subtly trying to get to European dominated events through UK hosted events (like Gfinity and DH London).

We understand according to LAN rumours, that Powell had been kicked (or had left) prior to insomnia56. The team had put their dismal performance down to Mike not really caring anymore and thus meaning the team didn’t show the potential it had shown during it’s decent Summer LAN performances. With Powell gone, fm-eSports have also dispensed of the services of Joee. Once a LAN dodger, now he is a pillar of the UK Scene with his revolutionary tweets about the scene and pops at all kinds of UK players. He certainly is one of a kind, but despite his “outlandish” behaviour, he has been given his marching orders out of the team.

Current rumours circulating the team right now (and I will specifically emphasise that these are pure rumours and nothing concrete) is that Surreal will be joining the team from CeX, although kARMA put out an incredible tweet denouncing that Surreal would ever leave CeX for others at the moment. The other more subtle rumours that both Neil and Whindanski will re-join fm-eSports but we are unsure how this would work out in it’s current format.

After their pretty decent performance at insomnia56, by reaching the Grand Finals, beating various teams on their route (including fm-eSports), they got beaten by CeX in the Grand Final, and were left scratching their heads at how all of this happened. Their Grand Final performance was nothing like their run throughout the tournament, but they had done admirably to get where they did. The questions most people would have had, were perhaps related to a certain Finnish team who were knocked out of the group stages. Their controversy with TLR also aided them to the Grand Final too which some people could really feel was a dubious result given the circumstances.

The most notable thing throughout the Grand Final, was keita’s performance as a whole, he was lackluster and just didn’t seem composed enough to pull off the clutch situations. His awping was off the pace, and his gamesense was all over the place. Numerous times on camera, Jakem turned to keita and had a go at him. The signals were screaming “kick” post LAN, and once again it has happened.

I won’t word for word say what Luke “KritikaL” Green said on Twitch chat, but his words of, “I’ve never seen someone play as much as Keita, and be so bad at the game.” It summed up Keita’s performance (albeit I’ve rephrased it slightly). 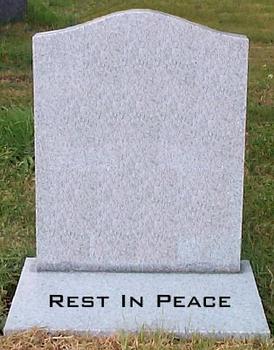 We can confirm that Team Infused have all but folded, redsnK, has rumoured to have retired. ZED has left the team confirming through his Twitter account with Whindanski also leaving with publically announcing through Twitter. The performances at both ESL UK Premiership Finals and insomnia56 were not good enough, and the team has just fallen apart.

Even though the team were not at insomnia56, and despite my colleague Michael “Duck” Moriarty writing a piece on it, I thought I would touch on this briefly as it seems that they have been caught up in all of this, either because team offers have been coming at the players within the team, or people have been wanting them to fail somehow. However, Puls3 was the first to announce that he had either left or been kicked (we had assumed the latter at the time), however when Brandon “Weber” Weber had decided to tweet out a similar message, it seemed that the team had completely collapsed despite two players seemingly being on holiday. This has since been confirmed as “folded” with Puls3 confirming through Twitter.

So with all the carnage that has happened just today, it will certainly mean that CeX will be undisputed champions of the UKCSGO Top 10 Rankings. It also means that the early beginnings of 2016 will be seemingly interesting with ESL UK Premiership due to begin sometime during January/February. Despite the already record amount of teams signed up at this stage for epic.SEVENTEEN in February, it will be a tournament that will once again be very very open.

Stay tuned to UKCSGO.com for all the latest surrounding all the UK’s teams involved in this scene. We will have more news as it happens.

wpDiscuz
40
0
Would love your thoughts, please comment.x
()
x
| Reply
You are going to send email to