After Fierce and Team Endpoint booked their place in the live finals, four teams did battle in the premiership playoffs. 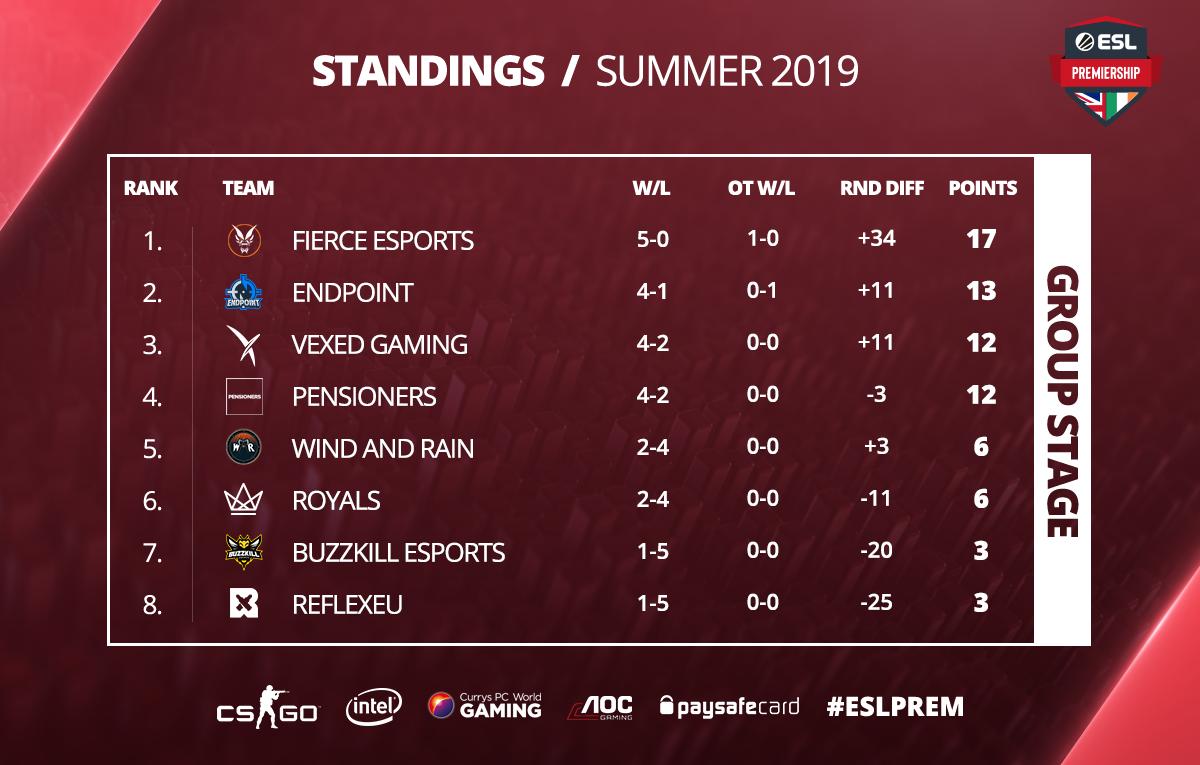 As the ESL Premiership reaches the halfway stage, the pecking order is beginning to take shape after four weeks of competition.

The second week of the ESL Premiership has concluded. With teams looking to get their first victory while others were hunting for win number two, competition was rife as some of the UKs top talents did battle once again.

The Summer season of the ESL Premiership started with a bang as the opening wave of matches have been completed.

Monday the 13th of May will see the return of the ESL Premiership for the 2019 Summer Season. The Spring season saw The Pensioners take down Fierce Esports to take home the lion’s share of the £10,600 prize pool.

Get ready for a whole new adventure in the CS:GO 2019 #ESLPrem Summer Season, every Monday night at 7PM from May 13th to July 1st! pic.twitter.com/2viaXKVzyM

The opening week kicks off with all eight teams in action, looking to get their campaign off to a winning start. London Esports face Fierce Esports, Buzzkill Esports do battle with Royals UK, reigning champions The Pensioners take on Reflex EU and Team Endpoint play Wind and Rain.

Week One of the Premiership is looking like a hotly contested affair. Can The Pensioners begin their championship defence with a victory or can ReflexEU cause the upset and begin their Summer campaign with an important win under their belts?

The opening week of action begins at 7PM BST and will be broadcast on Twitch. Keep up to date with all the action with updates via the UKCSGO.com Twitter

Insomnia64 finished on Monday afternoon, and after four days of competition we saw London Esports crowned the tournament champion. In a slightly delayed release (somehow I managed to pull my back closing my garden gate yesterday morning), here is the full final standings post for the event.