insomnia57 CS:GO Tournament has finally wrapped up, and after an incredible three days of non stop action that teams have provided, we get a chance now to let the dust settle and see the scene once again implode during the height of ESL UK Premiership qualifiers. These are your final standings so that you can see which team finished where.

For the first couple of days, there was always some “underdog” story that was doing the rounds. We saw at insomnia56 how the scene had massively progressed, and of course, this event started off with one of the biggest shocks since Liverpool came from 3:0 down to beat AC Milan in the final of the Champions League in 2005. A team that had been under the radar of literally everyone, decided they would steam roll one of the favourites and one of the most in-form teams going into the event. Pick ‘N’ Mix soon cemented their place in the history books as they saw off fm-eSports in the opening game 16:9. Of course, that meant fm-eSports now had to hope a tie-breaker would be a result or that Pick ‘N’ Mix would lose to others.

The shocks didn’t stop there, Monumentalis had a close match against Kicked Dropped & Reformed where they went on to lose 16:14 to them, nerdRage struggled to close out a match at 11:1 up when IGI eSports really mounted a solid comeback but eventually went down 16:14. Back to Group B, and Pick ‘N’ Mix secured a 16:9 win against Craig “onscreen” Shannon’s side MixedVibes, which meant barring any upsets from some of the sides they had to play, Pick ‘N’ Mix had secured top spot in the group and a Top 16 position. 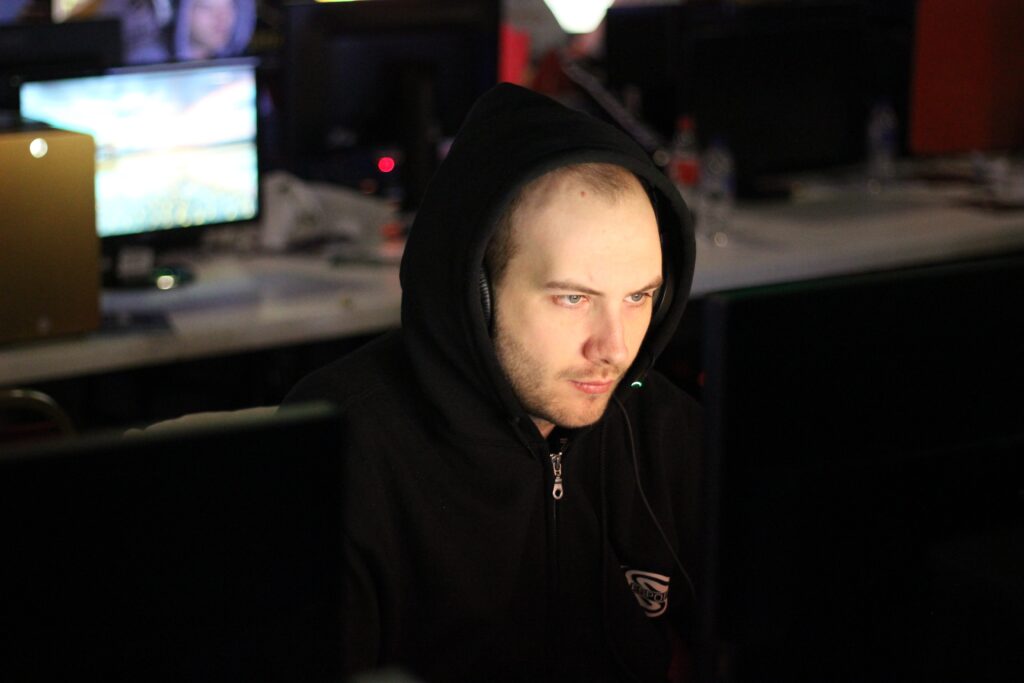 The day closed out with a close shave between Adam “adamxoxo” Rotherham’s side Team uFrag who squared upto Alasdair “AL” Maltby’s side Perilous.Fury, it was an incredibly close match with rounds being traded. There came a pause time at the beginning of overtime (why overtime in groups you ask…. well Battlefy doesn’t count round difference, so H2H and an overall win had to be counted), and Adam decided he had to get his team pumped up for fear of being upset by a team who in theory should never be that close to them (uFrag had beaten Perilous Fury 16:2 at epic.17). The pep talk from Adam obviously worked wonders as they managed to close out the match in overtime.

Day 2 kicked off, and of course, the start of the day really went well for all the big sides bar one of the Top 8. It was Molotovs n Marshmallows time to feel the “underdog” storyline, whilst I had commented on the potential that Monumentalis could make Top 8 in my preview, we hadn’t seen that potential realised until this Best-Of-Three series. In what was an entertaining series, Monumentalis managed to get the better of their rivals and beat them 2:1 on maps to go through to the next round. The lower bracket was where the share of all the upsets seemed to be happening, after Molotovs n Marshmallows had a close shave in Map 1 of their encounter with Impulse Gaming UK, they managed to then go on to beat Team CeX over two maps. It meant that Team CeX, the defending champions of iSeries had been relegated out of the tournament at 9th – 12th. Meanwhile after a breakout tournament at insomnia56 and backing it up with 3rd place at epic.SEVENTEEN in February, Team uFrag also went out at the same stage as Team CeX to the star studded lineup featuring Dan “RE1EASE” Mullan, Perilous.CSGOSPHERE. It meant that some of our big names prior to the LAN, had been eliminated in some rather unique but frustrating parts of the LAN.

If there was a standout run from the entirety of this tournament it would be from Team Ionic, they beat both the seeded team “soz4owned” which in my mind should never have even been seeded, and one of the teams I had highlighted in my preview, BMiCrew, which featured Oliver “Orcl” Stubley in that lineup, they didn’t stop there in the tournament. After a sloppy start to Day 2, Ionic went on to lose against Team CeX and then beat Team XENEX in the Lower Bracket. It got better for the team as they went on to beat 9th seed Monumentalis, and spurred on by THAT victory, they took the first map 26:24 against Perilous.CSGOSPHERE before eventually losing over the two remaining maps. The Ionic team have gone to LAN and wrecked it, they were an unknown quantity, only really seen in ESEA with their default wins they have had in ESEA Season 21 Open League. However they played incredibly well at LAN and made a name for themselves. 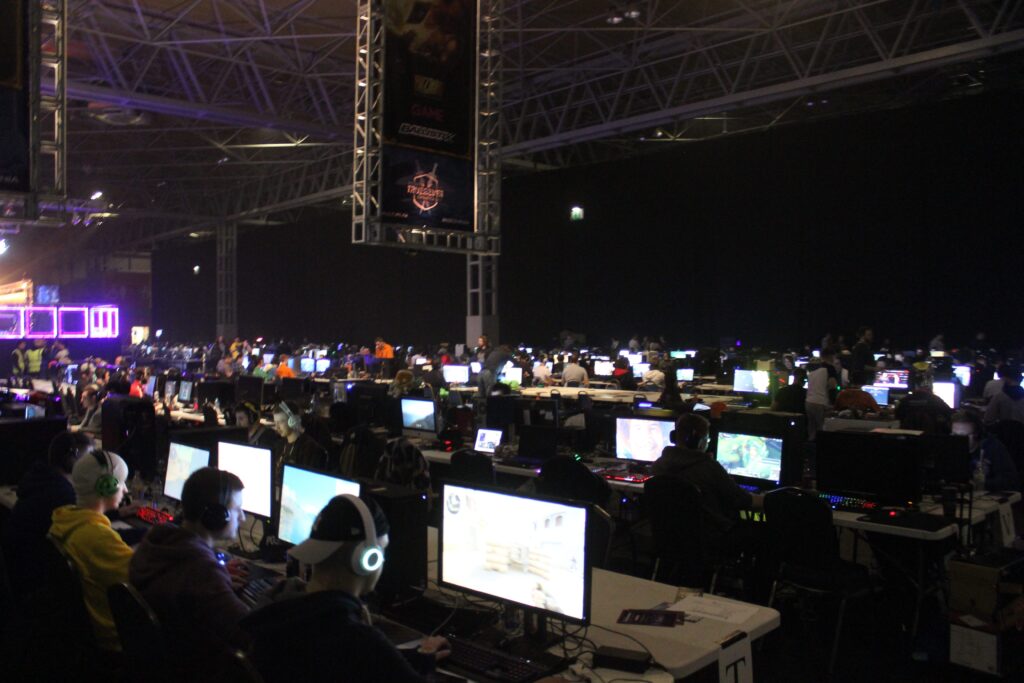 The scenes at insomnia57

The Grand Final saw Rasta.Infused and Team Pride go head to head. Rasta had previously won the encounter in the Upper Bracket Final 2:0 with a first map that was one sided, and a second map that Pride completely choked on. Well in similar fashion, de_cbble slipped away from the Poles as they just simply couldn’t hold bombsites to stop the rushes and executes from Rasta. It seemed that Rasta just were on fire, whilst Pride were incredibly sloppy. The first map finished 16:5 to Rasta.

The second map had a surge of Polish incredible plays, and solid lock downs on de_cache. They stormed to a quick 11:4 first half win. However in the second half it became a struggle with both Surreal and Robiin proving incredibly crucial for Rasta.Infused in securing rounds and making the Poles sweat a bit. It looked like we were in for a repeat performance from the Upper Bracket Final, however Pride finally got their act together and managed to secure the win 16:14 on map two.

We moved to de_mirage, and it became a bit topsy turvy as rounds were exchanged left right and centre. The first half managed to go to the Poles, with a close 8:7 scoreline. However another second half performance, again the stand out player for Rasta.Infused was Robiin, who proved incredibly valuable to the side saving them many times. Rasta.Infused went on to win 16:12 against Team Pride, and secured £2,500. 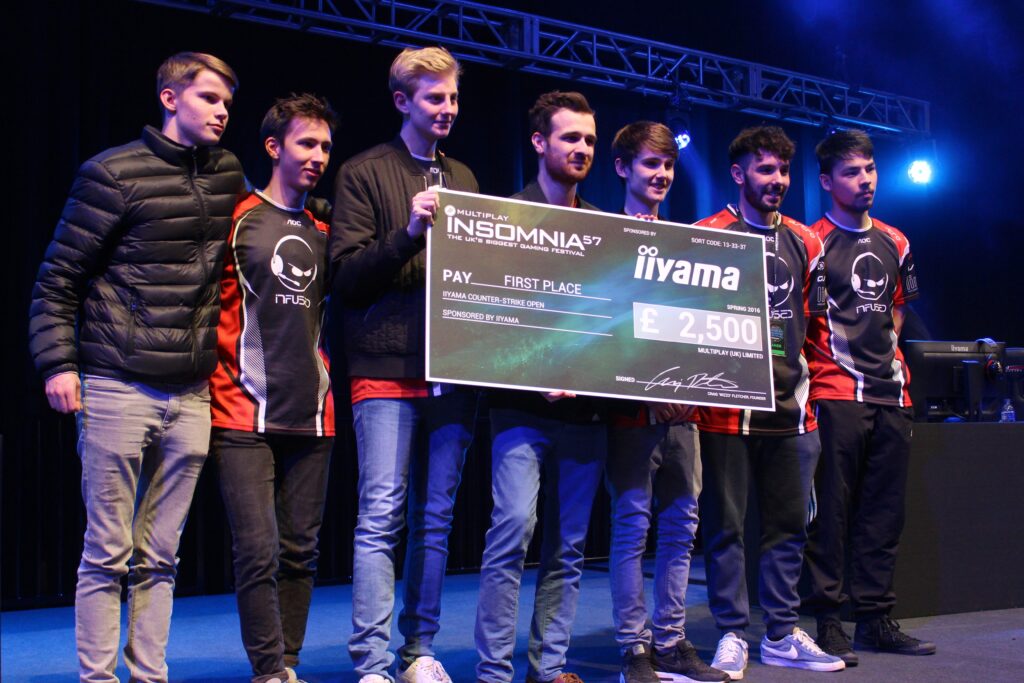 In the Intermediate Tournament, Team Crossfire had to draft in the services of Ryan “Ryf00lz” Fuller to help them out in keeping with a 5 player team. They faced Odin eSports in the Grand Final and went on to beat Odin, over two maps with a 16:11 win on de_cbble & 16:5 on de_cache. Team Crossfire have secured free tickets back to insomnia58.

After that brilliant weekend, next UK LAN event is epic.SEVENTEEN on the weekend of June 16th – 19th, you can still book tickets here, with only 240 tickets remaining, you won’t want to miss out on another weekend of glorious banter and incredible Counter-Strike.

wpDiscuz
44
0
Would love your thoughts, please comment.x
()
x
| Reply
You are going to send email to
Move Comment